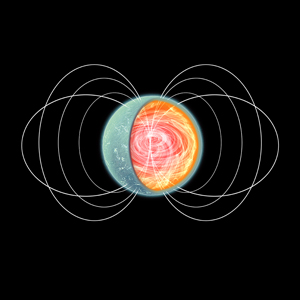 Figure 1: An artist's impression of a magnetar with an intense torroidal magnetic field in its core. Image courtesy of NASA/ CXC/ M. Weiss

When a massive star dies, it can collapse under its own gravity with such force that it produces a supernova, leaving behind an extremely dense remnant consisting almost entirely of neutrons—a neutron star. Some neutron stars, known as magnetars, possess powerful magnetic fields, which are stronger than any other known magnetism in the Universe. These intense magnetic fields somehow produce high-energy x-ray pulses, but this process is not well understood.

Kazuo Makishima from RIKEN’s MAXI Team and Teruaki Enoto from the RIKEN Nishina Center for Accelerator-Based Science in collaboration with the University of Tokyo and NASA have now found evidence that the magnetar 4U 0142+61 ‘wobbles’ about its rotational axis, implying that the sphericity of the star is distorted due to an intense donut-shaped magnetic field at its core1.

“Magnetars emit high-energy ‘hard’ x-rays, but the origins of these emissions are unknown,” explains Makishima. “We observed 4U 0142+61 using the Suzaku x-ray astronomy satellite to find out whether the magnetar’s emissions change over time.”

The magnetar had previously been measured to spin at a rate of one revolution in about 8 seconds and to produce x-ray pulses of the same period, but Makishima and his co-workers noticed slow fluctuations in the arrival times of the x-ray pulses. They attributed these fluctuations to axial wobble, known as free precession. The star’s axis precesses with a period that differs very slightly from the star’s rotation period, and the slow beat between the two periods changes the observed emissions.

“The idea of free precession was not in my mind when we started the data analysis,” says Makishima, “but I was familiar with it through my long experience with spinning satellites. The precession is most likely caused by a slight deformation of the magnetar, and the deformation is possibly due in turn to internal magnetic fields that are even stronger than the external visible fields.”

The findings suggest that the magnetar is deformed from a perfect sphere due to an extremely strong, tightly wound toroidal magnetic field buried deep in the star’s core. The results therefore support the hypothesis that the hard-x-ray pulses are produced by consuming magnetic energy. Makishima’s team plans to analyze a third dataset from 4U 0142+61 and search the Suzaku data for other magnetars that might show similar effects. “We will also propose observations of these objects with ASTRO-H, the powerful successor to Suzaku, which will be launched in 2015,” he says.