A solitary superconductor emerges under pressure 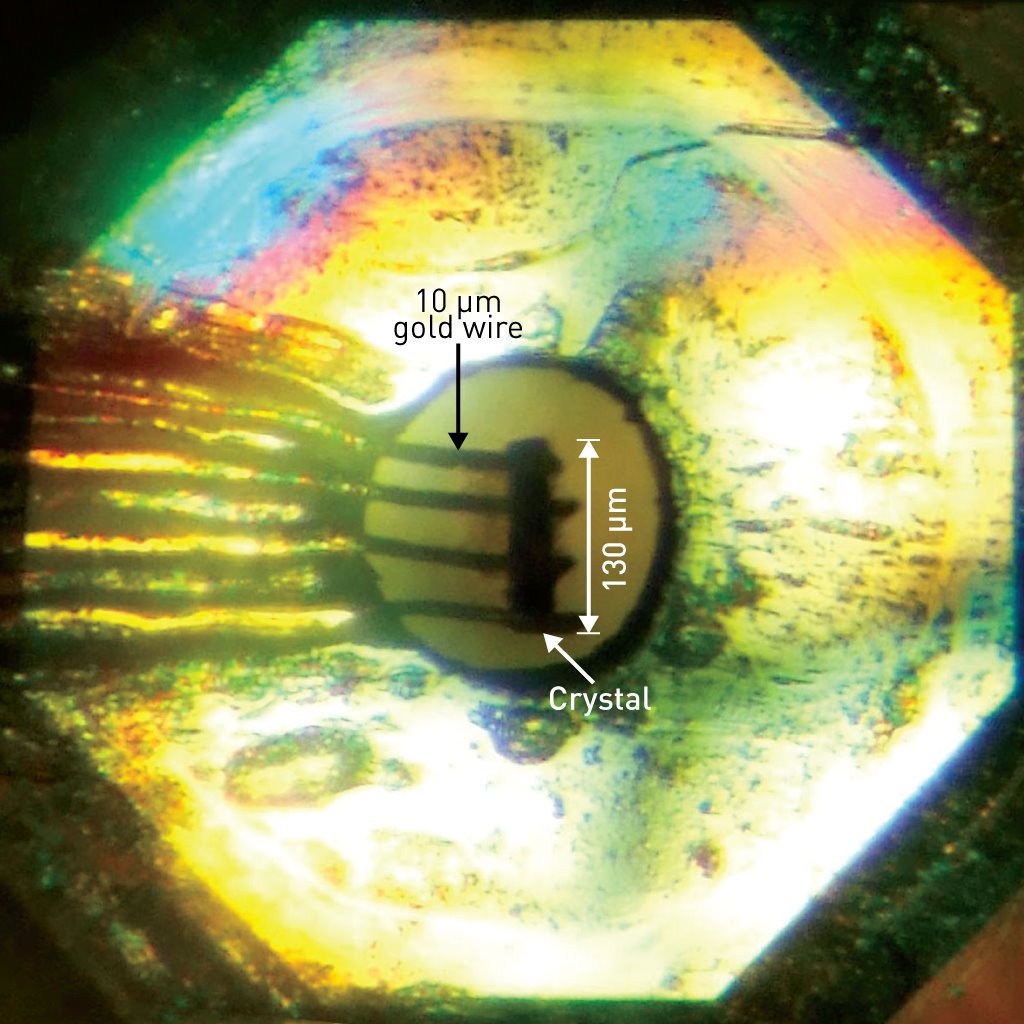 Three decades ago, researchers discovered that certain organic molecules become superconducting at low temperatures. This finding sparked numerous investigations into the properties of these lightweight, low-cost and easy-to-modify materials. Despite much recent progress, chemists remain puzzled by one aspect of these compounds: all known molecular superconductors need the cooperative action of two or more different molecular species to move electrons without resistance.

HengBo Cui and Reizo Kato from the RIKEN Condensed Molecular Materials Laboratory in collaboration with Hayao Kobayashi and Akiko Kobayashi from Nihon University have now realized a crucial goal in the search for metal-like organic molecules by uncovering the first molecular superconductor containing only one component1.

Superconducting organic crystals are designed around the principle of charge-transfer complexes, where strong interactions between distinct ‘donor’ and ‘acceptor’ components move electrons through normally insulating carbon bonds. By squeezing the charge-transfer structures together using diamond anvil cells—tools that allow crystals to be compressed at pressures of up to millions of atmospheres—resistance-free electrical transport can occur at temperatures near absolute zero.

The electron donors and acceptors in molecular superconductors are normally individual ionic compounds. However, Kobayashi’s team has recently spearheaded investigations into metal–dithiolate complexes that contain a complete charge-transfer system in a single molecule. These crystals, in which a central gold or nickel acceptor atom is flanked on two sides by extended aromatic donor rings infused with sulfur atoms, have a high intrinsic conductivity and exhibit metallic behavior at low temperatures.

After carefully manipulating the tiny, submillimeter-sized Ni(hfdt)2 crystals into their diamond anvil cell device (Fig. 1), Cui measured how its electrical behavior changed with pressure and temperature. At a pressure of about 8.1 gigapascals, he found that the resistivity suddenly plunged to zero at a temperature of 5.5 kelvin—clear evidence that they had discovered a single-component molecular superconductor. High-level theoretical calculations confirmed these experimental findings by revealing the critical point at which pressure converts Ni(hfdt)2 from an insulator to a superconductor.

“This simple, single-component compound not only has the potential to bring about breakthroughs in organic solid-state devices, but will also help in the design of new superconducting systems,” says Cui.