X-ray studies without the damage

A non-damaging x-ray technique makes it possible to investigate the detailed structure of large biomolecules, leading to a better understanding of their biological functions 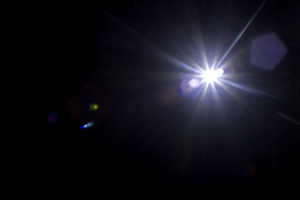 Biological molecules such as proteins can contain hundreds of thousands of atoms, which makes it very difficult to understand their function in detail. Identifying the exact atomic structure of these complex molecules is essential for biological studies and drug discovery, but the high-intensity x-ray beams needed to study them inevitably cause significant radiation damage to the molecules being investigated.

Hideo Ago and colleagues from the RIKEN SPring-8 Center, along with researchers from other institutions in Japan, have now developed an x-ray technique that allows one of the most powerful modern x-ray machines, the x-ray free electron laser (XFEL) at the SPring-8 synchrotron facility, to be used to study large, complex molecules without radiation damage1.

“The dilemma of conventional x-ray protein crystallography, however, is that the x-ray intensities required for a precise structure determination also cause severe radiation damage to the protein molecules,” explains Ago.

The XFEL at the SPring-8 facility offers a solution. The ultra-intense, femtosecond x-ray pulses generated by the XFEL are so short that they do not interact with proteins long enough to cause structural changes. Although the individual interactions are weak, if the crystals are thick enough, the pulses have sufficient cumulative interaction to give clear x-ray diffraction patterns and resolve the details of even highly complex molecules.

To avoid damage from successive pulses hitting the same spot in the crystal, the x-ray spot size is made very small and successive measurements are taken at different locations in the crystal. Averaging the x-ray patterns obtained from various locations then allows the optimized crystal structure to be determined.

As an example, the researchers successfully studied the oxygen reaction center in the bovine enzyme cytochrome c oxidase, which is particularly susceptible to radiation damage and had therefore defied previous attempts at precise structural characterization.

In future, this method could be employed for the study of a number of important molecules, particularly in biology, says Ago. “Our system is very useful for studying the catalytic function of enzymes and proteins. Famous examples include the proteins involved in photosynthesis, and we would like to study the exact mechanism behind their amazingly efficient light-harvesting ability.”