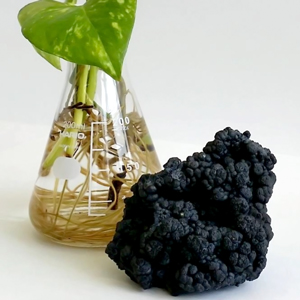 Figure 1: Catalysts based on manganese (black substance) can mimic the splitting of water into oxygen and hydrogen that occurs in plants inside the photosystem II protein cluster responsible for photosynthesis. Reproduced from Ref. 1 and licensed under CC BY-NC-ND 4.0 © 2014 A. Yamaguchi et al.

Plants use photosynthesis to convert carbon dioxide and water into sugars and oxygen. The process starts in a cluster of manganese, calcium and oxygen atoms at the heart of a protein complex called photosystem II, which splits water to form oxygen gas, protons and electrons.

Researchers have attempted to develop synthetic catalysts that mimic this cluster, using light or electricity to convert water into fuels such as hydrogen gas. Unlike plants, however, these artificial catalysts can only split alkaline water, which makes the process less sustainable.

Ryuhei Nakamura and colleagues at the RIKEN Center for Sustainable Resource Science have now developed a manganese oxide-based catalyst system that can split water efficiently at neutral pH1. “Nature utilizes a safe, clean and abundant form of water to make fuels, thereby realizing sustainable ecosystems in the true sense,” says Nakamura. “Catalysts that utilize water at a neutral pH as a resource for renewable energy would become the foundation for sustainable human societies.”

In photosystem II, charged manganese (Mn) ions gradually give up electrons as they tear protons away from water molecules. This causes manganese in the 2+ and 3+ valence states to become oxidized, resulting in Mn4+ ions. Although the less-oxidized Mn3+ ions are quite stable in photosystem II, Nakamura and his colleagues previously found that they are unstable in synthetic manganese oxide catalysts at neutral pH.

To overcome this instability, the researchers sped up the regeneration of Mn3+ ions, which usually occurs when a water–Mn2+ complex loses a proton and an electron in two separate steps. Nakamura’s team realized that ring-shaped organic molecules called pyridines could help those steps to happen at the same time—a process likely promoted by amino acids in photosystem II. They found that the manganese oxide catalyst produced 15 times more oxygen at neutral pH when used in conjunction with a pyridine called 2,4,6-trimethylpyridine.

The team also tested the reaction in deuterated water, which contains a heavier isotope of hydrogen than normal water. The catalyst generated oxygen much more slowly in the presence of 2,4,6-trimethylpyridine, suggesting that removal of a proton from the water–Mn2+ complex is the key step that determines the overall rate of the water-splitting reaction.

As pyridines would not be suitable for large-scale water splitting because they are potential environmental pollutants, the team now hopes to identify safer alternative proton-removing molecules that could be immobilized onto the surface of the manganese oxide catalyst to enhance its activity.