A gut feeling on bacterial diversity 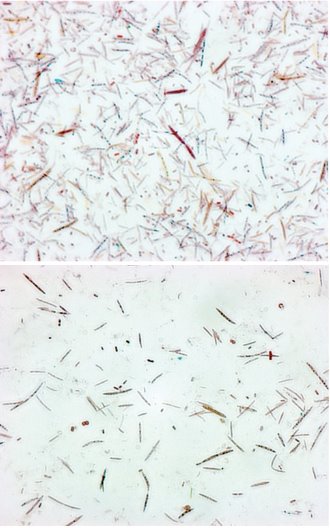 The primary function of the human immune system is to fight off infections. Yet in the gut, the immune system can also nourish communities of symbiotic microbes that help maintain proper health. Just how the body does this is not fully understood. Researchers led by Sidonia Fagarasan from the Laboratory for Mucosal Immunity at the RIKEN Center for Integrative Medical Sciences have now demonstrated that regulatory T cells play a role in shaping the community of trillions of bacteria that inhabit the digestive tract1.

“We found that the immune system is actively involved in the maintenance of rich and balanced bacterial communities in the gut,” says Fagarasan. “Our study reveals a different picture of the immune system, one involving sophisticated, two-way interactions between bacteria and immune cells.”

Fagarasan and her colleagues started by studying mice that were deficient in various cellular and structural components of the gut immune system. They showed that these mice had reduced bacterial diversity. When the missing components were added back incrementally, they discovered that regulatory T cells—a type of immune cell that helps keep immune responses in check—were needed to control levels of an antibody called immunoglobulin A, which is produced in mucosal linings where it helps select for ‘good’ bacteria.

The crosstalk between the immune system and bacteria seemed to go both ways; the presence of more diverse gut flora seemed to spur a positive feedback loop within the immune system. Fagarasan’s team tested this by introducing gut microbes taken from different types of bacterial communities into mice born and bred in sterile incubators. They discovered that the immune system naturally responded to rich and balanced bacterial populations by inducing the proliferation of regulatory T cells and immunoglobulin A, which further supported a diversified microbiome. In contrast, less varied bacterial communities induced the proliferation of inflammatory T cells and the antibodies immunoglobulin G and E.

“This means that immune deficiencies, regardless of whether inherited, acquired by external interventions or simply brought on by aging, will have an impact on the bacterial communities, and likely reduce their diversity and ecologic stability,” notes Fagarasan.

When it comes to therapeutics for gut-associated diseases, many drug developers are now focused on developing probiotics or fecal transplants to introduce desired bacteria. According to Fagarasan, however, therapies that modify the immune system might also be necessary. “We need to think about correcting not only the bacterial imbalance but also re-establishing immune homeostasis,” she says.