Back to the future for quantum computers 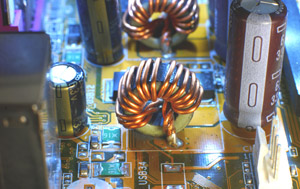 Figure 1: The parametric phase-locked oscillator (PPLO) was introduced as the ‘parametron’ in the 1950s and consisted of a simple combination of capacitors and inductors. © algre/iStock/Thinkstock

At the dawn of the era of solid-state electronics, a variety of promising technologies were competing to supplant the then-ubiquitous vacuum tube. The transistor quickly proved to be the fastest and most practical of these technologies. Yet as demonstrated by Zhirong Lin and Tsuyoshi Yamamoto from the RIKEN Center for Emergent Matter Science and their colleagues, one of the abandoned solid-state technologies, the parametric phase-locked oscillator (PPLO), could enjoy a revival as a core component of quantum computers1.

The PPLO, a technology used since the early development of digital computers more than half a century ago, is based on a simple resonant circuit consisting of two active components, typically an inductor and a capacitor. When the strength of one of these components was tuned very rapidly, the PPLO would begin to oscillate in a way that allowed digital information to be encoded in two stable oscillation states. PPLOs were used in some early Japanese computers, but the transistor eventually won out due its superior speed.

The ability of PPLOs to detect binary signals and store digital information in the form of two distinct phases of oscillation makes them particularly suitable for reading the state of a quantum bit, or ‘qubit’—the core element of a quantum computer. The power of a qubit is its ability to be in two or more states at once, which potentially allows for the execution of parallel computations at enormous speed. However, qubits are also notoriously fragile, and even reading a qubit’s state incorrectly can corrupt the information it contains.

Using their PPLO circuit, the researchers were able to accurately measure the state of a qubit without destroying it. The information readout could then persist in the PPLO even if the qubit underwent a transition to a different state. The PPLO approach also proved to be significantly faster than other qubit reading schemes.

“This result opens a new field of research for PPLOs,” says Lin, “and the new readout technique is a valuable addition to existing qubit-readout methods.” With further development, PPLO technology could be applied to practical quantum error-correction protocols, which are considered essential for useful, large-scale quantum computers.