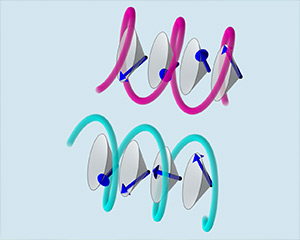 Figure 1: Multiferroics have a screw spin structure (arrows) with clockwise (lower) and anticlockwise (upper) orientations that can control the propogation of light at terahertz and gigahertz frequencies. © Youtarou Takahashi, RIKEN Center for Emergent Matter Science