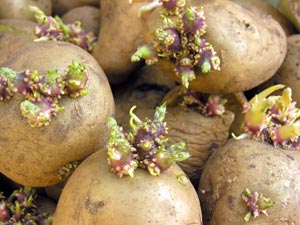 Figure 1: Elevated levels of steroidal glycoalkaloid toxins like solanine occur in the sprouts and green skins of germinating potatoes. © YuriyS/iStock/Thinkstock

In many parts of the world, potatoes are a reliable dietary staple. However, potato plants also produce the toxins solanine and chaconine, which can protect growing sprouts from potential predators such as insects and fungi. These toxins, known as steroidal glycoalkaloids (SGAs), occur at very low levels in the edible tubers, but their levels in green skin and sprouts (Fig. 1) can be highly poisonous and even deadly to humans.

Researchers led by Kazuki Saito of the RIKEN Center for Sustainable Resource Science have now identified the mechanism of SGA synthesis in potatoes in an effort to engineer plants that do not produce these toxic compounds1.

Saito’s group partnered with an interdisciplinary consortium of researchers from across Japan to unravel the processes surrounding SGA synthesis. They began by searching the potato genome for genes with a likely role in the synthesis of cholesterol, which is known to be a critical intermediate in the process of SGA production. Their search uncovered two candidate genes, sterol side chain reductase 1 and 2 (SSR1 and SSR2), which encode enzymes similar to those involved in cholesterol production in animals.

The biological function of SGAs is poorly defined, and it remains to be determined whether this modification might, for example, render plants more vulnerable to pests. Saito is nevertheless encouraged by these results and foresees commercial potential for this potato strain. “TALEN editing does not eventually leave a ‘footprint’ of transgenic modification in the genome and can be regarded as similar to classical breeding, which is more acceptable to the public than conventional genetically modified organisms,” he says.

The biochemical pathway uncovered in this study could yield other valuable returns as well. For example, cholesterol is a precursor to a variety of important hormones, and controlled cholesterol production could be useful for biotechnology applications. “This gene could be used for the production of cholesterol and its derivatives in plants or even microbes,” says Saito.