Finding the roots of a spinal condition 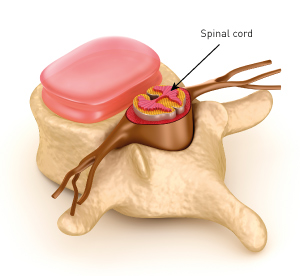 Figure 1: The spinal cord runs through the spinal canal, which is protected by soft tissue. © Alexandr Mitiuc/iStock/Thinkstock

The spinal cord runs through a canal in the vertebrae that is lined with soft protective tissues. In patients with a condition known as ossification of the posterior longitudinal ligament of the spine (OPLL), bone begins to form within one of these tissues. The resulting narrowing of the spinal canal compresses the spinal cord, inflicting motor weakness, numbness and pain.

A large consortium of researchers headed by Shiro Ikegawa from the RIKEN Center for Integrative Medical Sciences has now uncovered a set of genetic factors that may contribute to the onset of this condition1. Although the core causes of OPLL remain poorly understood, several indicators point to a strong hereditary component—including an unusually high prevalence among East Asians. “OPLL is one of the most common musculoskeletal diseases among middle-aged and elderly people in Asia, and affects more than two percent of the Japanese population,” says Ikegawa.

As previous genetic studies on OPLL yielded ambiguous and contradictory data, Ikegawa teamed up with dozens of colleagues to search for additional risk factors across an unprecedented number of Japanese patients. The team combed through genomic data from more than 1,600 individuals suffering from OPLL and more than 13,000 healthy control subjects looking for DNA sequence variations with a statistically significant association with susceptibility to this disease. The results revealed six sites in the genome that appear to contain genetic risk factors, one of which had also been flagged in a previous genetic association analysis of OPLL.

Drilling deeper into these chromosomal segments, Ikegawa and his colleagues identified nearly a dozen candidate disease-associated genes, several of which exhibit suggestive functional links to OPLL. For example, the gene RSPO2 encodes the R-spondin 2 protein, which helps to modulate the development and activity of bone-forming osteoblast cells. Another candidate gene, RSPH9, produces a protein that forms hair-like cellular structures known as cilia that play a prominent role in proper skeletal formation. Both of these genes fit into pathways that have been previously connected, either directly or indirectly, to other skeletal disorders. Other candidate genes serve more general cellular roles or perform unknown functions.

These results were obtained through independent analyses of two separate cohorts of subjects, and the resulting statistical significance gives Ikegawa great confidence in the importance of the findings. “We have found the first set of OPLL genetic loci,” he says. “We now plan to identify the susceptibility genes within these loci and clarify the pathological mechanism of OPLL through functional studies.”