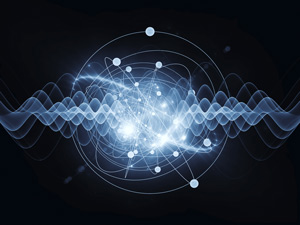 Figure 1: Bose–Einstein condensates could be used as a quantum simulator to study the phenomenon of quantum mass acquisition. © agsandrew/iStock/Thinkstock

A possible means of observing an exotic quantum effect that imparts mass to a normally massless particle has been proposed by researchers from the RIKEN Center for Emergent Matter Science1.

At temperatures close to absolute zero, atoms can start to form a collective state known as a Bose–Einstein condensate (BEC). Scientists have found that this state of matter is useful as a ‘quantum simulator’ for investigating particles that have been predicted to exist by theory but are too difficult to create or observe directly.

“Quantum simulators are very versatile, allowing interactions, particle density and temperature to be tuned,” says Masahito Ueda from the RIKEN research team. “The pressing issue in this field is to look for something very fundamental that can be demonstrated for the first time in such atomic gases.”

Through mathematical modeling, Ueda and his colleagues Nguyen Thanh Phuc from RIKEN and Yuki Kawaguchi from the University of Tokyo showed that a BEC could be used to simulate a so-far-unobserved phenomenon known as quantum mass acquisition. This effect causes a normally massless elementary particle called a quasi-Nambu–Goldstone boson to acquire mass as a result of minute quantum fluctuations. Researchers believe that this effect could appear in superfluids, superconductors and some magnetic materials. Yet quantum mass acquisition has never been seen because the effect is too small to be distinguished from other secondary effects.

“Extremely minute quantum phenomena are amplified to a macroscopic level in BECs and therefore made visible,” says Ueda. The researchers’ analysis shows that the emergent energy gap of the quasi-Nambu–Goldstone boson in a BEC is two orders of magnitude larger than the zero-point energy of the system. This means that the state is much more robust than previously thought, raising the hope that it might be possible to experimentally observe the quasi-Nambu–Goldstone boson and quantum mass acquisition.

“Our work demonstrates that fundamental physical phenomena that can usually only be tested using particle accelerators, can be reproduced on the tabletop,” says Ueda. “We now plan to explore what other fundamental phenomena can be revealed in atomic BECs.”