Getting to the roots of resistance 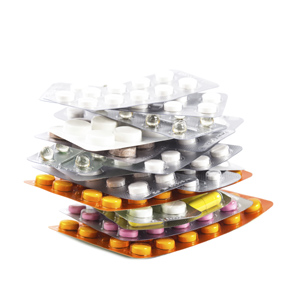 Figure 1: Surveys of gene expression changes could help scientists understand the processes by which bacteria evolve resistance to antibiotics. © oksix/iStock/Thinkstock

A detailed examination of genetic changes in antibiotic-resistant Escherichia coli bacteria by researchers from the RIKEN Quantitative Biology Center has shed new light on inherited drug resistance in bacteria1. The findings could one day help scientists prevent resistance from emerging during infection.

Antibiotics can decimate bacterial populations, but some microbes acquire genetic differences that provide a slight survival edge. These lucky few can subsequently produce descendants with fully fledged resistance. This can be a relatively simple process in which bacteria acquire mutations that alter a particular protein targeted directly by a given drug. However, recent evidence suggests that bacteria may become resistant through a variety of mechanisms.

Chikara Furusawa and his RIKEN colleagues are deeply interested in understanding such evolutionary processes. “One reason for this study is the emergence of multidrug-resistant bacteria, which are a serious problem for global public health,” he says. “Developing ways to control the evolutionary dynamics of bacterial cells is important for this problem.”

The researchers treated E. coli cultures with 11 different drugs representing a variety of antibiotic mechanisms, then isolated and cultivated multiple bacterial strains that manifested resistance to each drug. After three months, they re-tested the newly evolved resistant strains against the original drug and also examined how these cells responded to dozens of other antibiotics. In many cases, strains acquired cross-resistance to multiple drugs that work in a similar fashion, but some resistant strains also became increasingly vulnerable to other classes of drugs.

The team delved deeper, analyzing differences in gene expression patterns for all of these drug-resistant strains. The results confirmed that resistance is acquired through changes in the activity of multiple genes, although these adaptations proved less extensive than expected. “The changes in the expression profile in the resistant strains were represented by only a small number out of thousands of genes,” says Furusawa.

Importantly, these gene expression data also allowed the researchers to identify patterns that are predictive of cross-resistance or cross-susceptibility to other drugs. Their analysis revealed numerous ‘repeat offenders’—genes and pathways routinely associated with resistance to a particular class of drug, or even multiple types of antibiotic. However, DNA sequencing also showed that bacteria may follow many different evolutionary roads to reach the same resistance endpoint.

“Our preliminary data suggest that the acquisition of antibiotic resistance cannot be completely explained by genetic alternations,” notes Furusawa, whose group is now exploring some of the ‘epigenetic’ processes that help pathogens elude destruction.