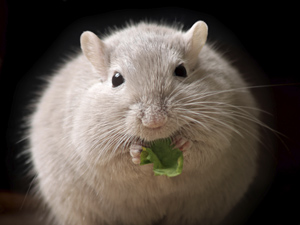 The excess fat tissue associated with obesity causes inflammation and reduces glucose tolerance, which increases the risk of diabetes. The mechanism responsible for these physiological effects, however, has been unclear. An international team including researchers from the RIKEN Center for Integrative Medical Sciences (IMS) has now identified a signaling pathway that is crucial for controlling obesity-associated inflammation1, offering hope for a therapeutic target to prevent glucose intolerance.

The researchers focused on immune cells called regulatory T (Treg) cells. These cells respond to inflammation and proliferate within inflamed tissue. “Whereas most T cells are activated by a specific antigen and induce inflammation, Treg cells suppress inflammatory responses,” explains Shigeo Koyasu from the Laboratory for Immune Cell Systems at the IMS.

Previous work by the Walter and Eliza Hall Institute (WEHI) of Medical Research in Australia showed that Treg cells can be in either an activated state in which they suppress inflammation, or a resting state. In collaboration with the WEHI, Koyasu and his RIKEN colleagues searched for genetic differences between resting and activated Treg cells. By analyzing gene expression in the two states, they discovered approximately 2,700 differences.

Interestingly, the researchers discovered that Treg cells in fat tissue, known as visceral adipose tissue (VAT), expressed an exceptionally high level of a receptor called ST2 for the signaling molecule interleukin-33 (IL-33). By genetically manipulating the expression of ST2 in mice, the researchers showed that IL-33 signaling is crucial for the development of VAT-Treg cells. When applied to cultured cells and injected into mice, IL-33 was found to induce the proliferation of VAT-Treg cells, increasing their population by over ten fold.

Finally, the team administered IL-33 to mice that were either genetically obese or obese owing to a high fat diet. In both cases, IL-33 increased the number of VAT-Treg cells and improved glucose tolerance. The findings have therapeutic potential.

“Human Treg cells in fat tissue also express IL-33 receptors, so it is possible that IL-33 could increase Treg cells in humans,” explains Koyasu. As a possible therapy, however, IL-33 comes with strings attached. “IL-33 also induces allergic inflammation, so it is critical to control the dose to avoid an allergic response while maintaining the ability to control VAT-Treg cells.”