Chromosomes attach to microtubules later than expected during egg formation, which may increase the chances of erroneous attachments forming 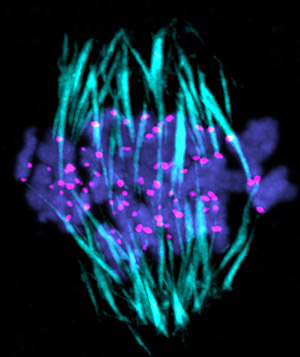 Figure 1: Unlike during mitosis, in meiosis chromosomes are stretched apart before kinetochore–microtubule attachments are stabilized. This could increase the possibility of erroneous attachments forming. Reprinted from Ref. 1, Copyright 2015, with permission from Elsevier.

By analyzing chromosome dynamics during cell division in live mouse oocytes, RIKEN researchers have discovered that the paired chromosomes attach to filaments called microtubules only after they have started to stretch apart from each other toward opposite poles of the cell1. This later-than-expected microtubule attachment increases the possibility of erroneous attachments forming.

During mitosis, chromosomes replicate and separate from each other, forming two daughter cells that possess the same genetic information as the parent cell. When the chromosomes separate, they attach to microtubules in a specialized chromosomal structural region known as the kinetochore. Destabilizing enzymes called Aurora B and C then eliminate any incorrect kinetochore–microtubule attachments. When all the kinetochores are correctly attached, the chromosomes stretch apart and separate. However, it was unclear to what extent these mitosis processes govern chromosomal behavior during meiosis.

Now, Shuhei Yoshida, Masako Kaido and Tomoya Kitajima at the RIKEN Center for Developmental Biology have used time-lapse microscopy to analyze the sequence of events that chromosomes undergo in mouse oocytes during the first phase of meiosis. In this stage, paired chromosomes that have replicated their genetic information align with each other as well as with microtubules. They then get pulled apart by the microtubules. Importantly, the researchers found that, in contrast with mitosis, during meiosis chromosomes are stretched apart before kinetochore–microtubule attachments are stabilized (Fig. 1).

In further studies, the team plans to investigate a new question raised by their research. “This study has revealed how chromosomes can stretch without stable microtubules,” says Kitajima. “We now intend to explore the underlying mechanism of this process.”