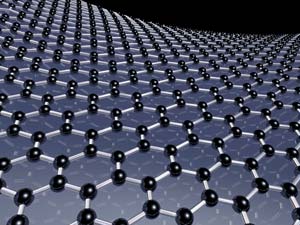 Figure 1: A quick and efficient way to produce single-layer graphene using microwaves and ionic liquids has been found by RIKEN researchers. © PaulFleet/iStock/Thinkstock

Graphene can move electrons at extraordinary speeds because of its unique, ultrathin arrangement of carbon atoms. But isolating this two-dimensional material has proved challenging. While early experiments famously used adhesive tape to separate graphite crystals into single-layer graphene, recent efforts have focused on techniques involving liquid-phase exfoliation that mechanically agitate graphite particles dispersed in a solvent. However, this kind of physical shaking makes it difficult to produce structurally intact graphene sheets in high yields.

Takuzo Aida from the RIKEN Center for Emergent Matter Science and colleagues from across Japan theorized that using everyday microwave ovens might improve graphene synthesis. “We envisioned that a perturbation that activates graphite without mechanical force would give highly efficient exfoliation,” explains Michio Matsumoto, a co-author of the study. “We chose to irradiate graphite with microwaves because graphite is a good absorber of microwaves and releases heat after irradiation.”

Successful exfoliation requires a way to keep the freshly peeled materials separated; otherwise, the graphene layers will recoalesce into larger particles. Ionic liquids—salts that remain in a liquefied state—are promising for this role because their charged nature generates strong attractions to graphitic surfaces. Previously, the RIKEN team used ionic liquids based on imidazolium, a positively charged, nitrogen-bearing ring, to exfoliate carbon nanotubes. But, preliminary studies revealed the need for a different chemical approach.

“The face-to-face stacking that binds graphene layers in graphite was too strong for conventional imidazolium compounds to prevent aggregation of graphite,” explains Matsumoto. “To overcome that stacking force, we designed new ionic liquids inspired by the biological concept of multivalent interactions.”

To make ionic ligands that can stick to multiple sites on a graphene layer, the researchers polymerized imidazolium and ethylene oxide atoms into short chains known as oligomers. When they mixed the oligomeric ionic liquid with graphite powder and heated the solution for 30 minutes in a microwave oven, the results were impressive—exfoliation occurred with a yield of 93 per cent and practically all of the graphene produced was in the form of single layers.

Surprisingly, the researchers found their oligomeric ionic liquid could dissolve enough of the exfoliated sheets to turn into a physical gel—a first for pristine graphene. This three-dimensional material has an intriguing, magnetic-field-dependent structure that may lead to device applications.