Advances in stem cell technology are enabling researchers to study how complex biological architectures are organized, which will lead to a new era of regenerative medicine.

For the past century, developmental biologists have been seeking answers to the same fundamental questions—how does a small, uniform group of cells multiply into the myriad cell types found in living organisms? And how do these cells collectively organize into complex architectures? Advances in stem cell technology have now given them the tools to study these processes in human cells and to engineer tissues and organs that promise to usher in a new era of regenerative medicine.

From a single fertilized cell can grow a complex organism made of trillions of cells. Each cell is characterized by a specific set of physical attributes that defines its role as part of the whole.

Developmental biologists have been studying the processes by which multicellular organisms grow and develop for about a hundred years. They have identified many of the molecules and genes involved in differentiating cells into distinct types, from neurons to cardiac muscle cells. This has given them the power to control the fates of individual cells.

But it is much more challenging to create collectives of cells that generate coherent thoughts and pump to the same heartbeat. How does a homogeneous population divide and differentiate into distinct organs and form an integrated organism? How are the fates of neighboring cells intertwined? To understand these processes, developmental biologists must learn the language cells use to communicate between themselves.

Researchers at the RIKEN Center for Developmental Biology (CDB) have begun to speak this language. They are using their skills to understand how the body forms during development. They then apply their knowledge to culture artificial organs, which are set to transform regenerative medicine. 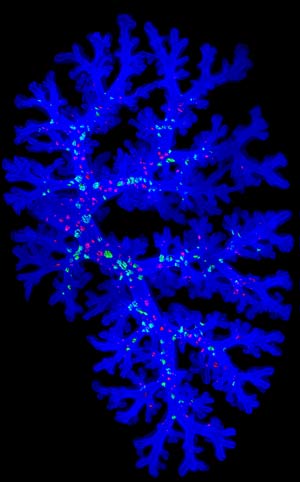 Figure 1: A three-dimensional image of branching structures in the embryonic mouse lung. Reproduced from Ref. 3 and licensed under CC BY 4.0 © 2015 M. Noguchi et al.

Early in an embryo’s life, it forms into a group of cells known as the germ layer. This collection of cells consists of an outer (ectoderm), middle (mesoderm) and inner (endoderm) layer; these layers develop into all the organs and tissues in an animal. In the early 1980s, two researchers in the United States were studying the section of the ectoderm in grasshopper embryos that forms the nervous system. They noticed that only a fifth of these cells grew into neuronal precursor cells, while the rest became either supporting cells or died. By selectively zapping individual ectodermal cells with a laser beam, they discovered that this selection process results from molecular communication between neighboring cells in a cluster.

Around the same time, Masatoshi Takeichi at the CDB discovered a novel molecule controlling the communication between cells. He found that the cell-surface adhesion molecule cadherin, in the presence of calcium, facilitates the selective binding of similar cells to form and maintain tissues and organs—much like a gluing agent. Over the past three decades, more than 100 types of cadherin have been identified in various embryonic and adult tissues of simple and complex organisms, including in the segregation and sorting of different types of motor neurons during chick spinal cord development. Most recently, Takeichi’s team has determined the role of a specific class of cadherin in coordinating axon growth to ensure the proper neuronal wiring of embryonic mouse brains1.

There is still a lot to learn about cell fate during development, but even more needs to be understood about how mixtures of different types of cells organize into robust structures, patterns and ultimately organs. This process is guided by mechanical forces that stretch and compress cells into the right size and shape to produce functional tissue. Thus, sheets of cells held together by adhesion molecules fold or curl into complex structures. The neural tube is one such structure, which forms from an epithelial sheet called the neural plate that bends in, rolls up and pinches off to form an enclosed cylinder. Similar processes are involved in widening and lengthening the windpipe, which Shigeo Hayashi at the CDB is studying in the fruit fly respiratory system.

The biochemical cues used to transmit these mechanical signals between cells are only just beginning to be characterized. Among other examples, Shigenobu Yonemura’s laboratory (now reorganized into the RIKEN Center for Life Science Technologies) found in 2010 that a molecule that binds to the sticky protein cadherin changes shape when pulled in a certain direction by adjacent cells2. These molecules thus help to maintain the integrity of tissues.

Improvements in theoretical modeling and microscopy techniques will help visualize these processes more clearly, which some groups at the CDB are developing together with researchers at the RIKEN Quantitative Biology Center. Mitsuru Morimoto’s laboratory, for example, has refined techniques for observing the developing mouse lung in three dimensions of space and a fourth dimension time (Fig.1)3. 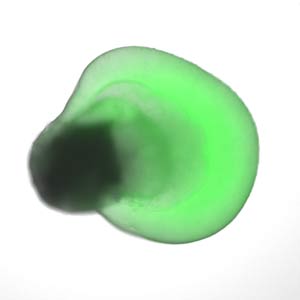 Some of the earliest developmental biology experiments from the 1920s used salamanders, sea squirts and frogs as early models to understand embryonic development. Major breakthroughs in the manipulation of gene expression then refined our understanding of development in a handful of model organisms, such as the mouse, zebrafish, fruit fly and roundworm. Only in the late 1990s did we find the means to study early development in humans, initially by deriving stem cell lines directly from the human embryo. A decade later, Shinya Yamanaka at Kyoto University developed a technique to induce adult cells into a pluripotent state with the potential to become any cell type in the body. And in the last few years, quick and efficient genome editing tools, such as CRISPR-Cas9, have made it easy to probe the effects of genome engineering in almost any organism, including human stem cells.

But if these cells are considered the magic seeds for growing artificial human organs, many of the breeders that have mastered the skills to grow them are at the CDB. They have applied their deep knowledge of embryonic development to the generation of three-dimensional organs in a dish, more commonly known as organoids.

Yoshiki Sasai was one of the first researchers in the world to cultivate embryonic stem cells into organoids, including an optic cup4, the outer tissue of the brain and an elementary pituitary gland. The general principle of his method was to treat embryonic stem cells as they would be treated in an actual embryo. Another key to controlling the system, he found, was to let it control itself5. Embryonic stem cells grown in specific microenvironments autonomously fold into the rounded shape of a rudimentary, bilayered optic cup.

Sasai’s achievements have been succeeded by his former colleagues, including Mototsugu Eiraku and Keiko Muguruma. Eiraku has generated a three-dimensional retina, and improved on the retinal cell differentiation process by inducing human embryonic stem cells to self-organize into more specialized optic cups. These optic cups contain an interstitial layer of cells between their inner and outer layers called the ciliary margin (Fig.2)6. And Mugurama has recently grown the cerebellum of a baby in its first trimester7 from human embryonic stem cells.

While their work remains experimental, a colleague at the CDB, Masayo Takahashi, has grown sheets of retinal epithelial cells to treat a degenerative eye disease. The retinal pigment epithelium, which nourishes the retina, is formed from the outer layer of the optic cup in an embryo. Takahashi grew the sheets of epithelial cells from iPS cells generated from patients with age-related macular degeneration. In 2014, she transplanted the cell sheets back into a patient’s eye in the first clinical study of its kind. One year since the surgery, the patient’s eye has shown no sign of tumor growth and their vision has stabilized.

Other laboratories involved in organ growth and repair include Takashi Tsuji’s laboratory bioengineering teeth and hair and Morimoto’s group reconstructing damaged lung tissue. The CDB is also in the process of hiring a member from the first team to grow a mini kidney organoid. The kidney is notoriously difficult to regenerate because it emerges late in embryonic development and contains more than 20 distinct cell types, yet it is of high medical value.

Stem cell technology for organ regeneration and rehabilitation is set to transform the field of medicine, and CDB researchers are working at the frontline.

Hiroshi Hamada is director of the RIKEN Center for Developmental Biology. His current research interests are the development of morphological asymmetries in the mouse embryo, such as left–right and anterior–posterior (head–tail) asymmetry. Hamada is also a recipient of the 2014 Keio Medical Science Prize.