The search for disorder in order 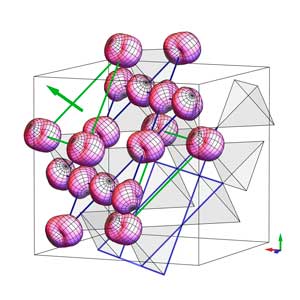 Figure 1: Frustration arises in magnetic materials with trigonal or tetrahedral atomic lattices, which makes them a test bed for exotic physics. Reprinted with permission from Ref. 1. Copyright 2016 by the American Physical Society.

Quantum effects are normally seen only at the atomic level, but certain materials, known as quantum matter, can show macroscopic properties that are direct manifestations of quantum effects. An exotic form of quantum matter that is characterized by its disorder has now been confirmed by RIKEN scientists1.

Magnetism arises through a property of electrons known as spin, which can point either up or down. Materials exhibit magnetic properties when their spins become ordered. For example, neighboring spins in an antiferromagnet are always in opposite directions. But if the atoms in a material have a triangular arrangement, this becomes impossible and so they cannot stabilize into any coherent order of spins—a phenomenon known as frustrated magnetism.

Frustrated magnets are exciting materials for physicists because they are predicted to host a wide range of unusual states of quantum matter. One example is a quantum spin liquid in which the spins are disordered—like the molecules in water—even at very low temperatures.

The compound terbium titanium oxide Tb2Ti2O7 has been actively researched ever since the discovery in 1999 that it can become a spin liquid. More than 100 experiments have been conducted on it and various theoretical models have been proposed, but the true nature of this material is still unclear.

“Some experimental groups reported that the spins were not in an ordered state but were dynamically fluctuating. And so they might be in a spin liquid state, but the nature of this state has remained elusive,” explains Shigeki Onoda from the RIKEN Center for Emergent Matter Science. “In contrast, other groups working on different samples reported that a transition occurs from a high-temperature paramagnetic state to a low-temperature state that presumably has a hidden ordering of spins.”

Onoda and his co-workers carefully synthesized a series of high-purity single crystals of Tb2Ti2O7 in which a small fraction of the titanium atoms had been replaced with more terbium atoms—a change in composition that nudged the materials slightly across the border between the spin-liquid regime and the hidden order regime. They then performed thermodynamic, magnetization and neutron-scattering measurements together with theoretical calculations and obtained very good agreement between the two.

The team’s analysis confirmed the existence of hidden order states and indicates it occurs due to interactions between the terbium ions, creating an ordered arrangement of so-called electric quadrupole moments (Fig. 1). Such a state is theoretically expected to border a quantum spin liquid.