A good night’s rest is known to help people remember what they learned during the day. But just how sleep allows us to retain the memory of stimuli received through our five senses while awake has been a mystery.

Researchers at the RIKEN Brain Science Institute have mapped a neural circuit that helps the brain encode and store these kinds of sensory memories during sleep1. Their findings could be helpful for patients suffering from sleep deprivation and associated memory-loss problems.

“Our brain stimulation protocol might be able to reactivate sleep-deprived neurons to improve memory consolidation,” says Masanori Murayama, head of the RIKEN Behavioral Neurophysiology Laboratory. “It would be fantastic if someone were to apply our protocol in the clinic and succeed in improving cognitive functions.”

How the body responds to certain visual cues or the shapes of objects might not seem complicated. But the interpretation, categorization and prioritization of this kind of sensory information is actually highly complex: it requires learning, context and coordinated responses from the brain.

To better understand the neuroscience of this process, Murayama and his colleagues turned to mouse models of touch perception. In 2015, they discovered a two-stage brain circuit that enables mice to discriminate between different floor textures with their paws2.

The scientists found that the skin must first send a signal to the brain’s sensory cortex. This message-receiving part of the brain then relays the signal to the higher-order motor cortex—the part of the brain involved in planning, controlling and executing voluntary movements—before the neural signal travels back down to the sensory cortex. This brain boomerang is necessary for tactile processing, the researchers showed, and mice lose their accurate sense of touch without this ‘top-down’ control circuit from the higher-order motor processing center to the more primary sensory area of the brain. 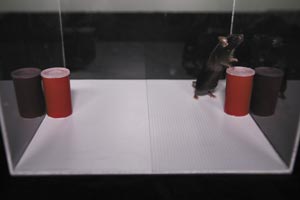 Figure 2: Mice that remembered the smooth-floor experience on one half of a cage tended to spend more time exploring objects on the novel bumpy surface of the other half. © 2016 Masanori Murayama, RIKEN Brain Science Institute

Building on those results, Murayama’s team sought to determine how the brain turns new sensory experiences into long-term memories. They developed a simple task in which mice familiar with a cage that has an all-smooth floor were introduced to a new cage in which half the floor surface was bumpy.

Mice do not have an innate preference for one texture over the other, but they do have a natural propensity to investigate new things in their environment. Consequently, the animals tended to spend more time exploring the part of the cage with the bumpy floor, indicating that they remembered the all-smooth cage and were less interested in it. But they did this only after a good night’s sleep, or the neurobiological equivalent.

Sleep deprivation impaired the animals’ ability to remember the all-smooth cage. And so did an experimental manipulation in which Murayama’s team used light-activated genetic technology to precisely inactivate the same top-down control circuit they had previously shown was responsible for touch perception.

The timing and direction of the inactivation were critical, however. Silencing the neural signaling bottom-up (from the sensory cortex to the motor cortex) had no effect on tactile memory. Neither did inactivating the top-down pathway (from the motor cortex to the sensory cortex) when the mice were awake or while they were asleep many hours after the initial learning period. Only when the researchers disabled the circuit during deep sleep immediately after the first exploration of the all-smooth cage did the mice subsequently forget the experience.

Murayama was astonished by how quickly the brain’s internal connections became hard-wired with the memories during the first bout of deep sleep—otherwise known as non-rapid eye movement, or non-REM, sleep. “We manipulated the circuit for only 30 minutes during non-REM sleep, which was long enough to control memory consolidation,” he says. “A mouse usually sleeps 12 hours every day; so that’s merely 4 per cent of their total sleep time!”

The researchers then tested whether they could artificially induce the firing of the top-down pathway to strengthen the memory of the initial tactile experience. As the mice entered deep sleep, Murayama and his colleagues stimulated the neurons in the top-down circuit in a synchronized fashion. This caused the mice to remember their experience of the smooth floor for twice as long, even in the sleep-restricted animals.

“Mimicking deep-sleep activity with stimulation in just two brain regions—the motor cortex and the sensory cortex—was enough to resolve memory deficits caused by sleep deprivation,” Miyamoto says. “I was really surprised by that.”

This finding suggests that it is not sleep per se that is needed for consolidating perceptual memory, but rather the coordinated activation of the top-down pathway. The researchers thus speculate that artificially stimulating the brain using magnets or electrodes could enhance memory processing in people. “If we improve the stimulation pattern for clinical applications, it might be possible to ameliorate memory deficits in patients with sleep disorders,” Miyamoto says. “Furthermore, anti-synchronous cortical stimulation might be able to impair the consolidation of unpleasant perceptual experiences, such as those of victims of crime and violence,” he adds.

Scientists at the RIKEN Behavioral Neurophysiology Laboratory have now begun to consider one particular sleep disorder by again looking at a mouse model. Like many people with chronic itches and rashes, these mice scratch their skin constantly, disrupting their sleep and impairing their memory. “If you can understand the itch circuit in the brain and suppress itch perception,” Murayama says, “it will stop the itch–scratch cycle, and improve skin and cognitive function.” 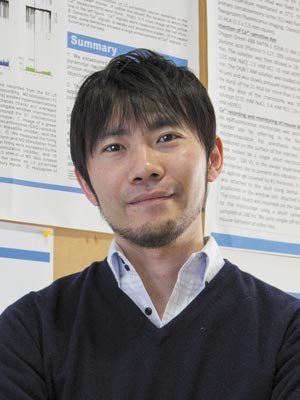 Masanori Murayama was born in Miyagi Prefecture, Japan, in 1977. He worked as a newspaper courier between 1996 and 1997. In 2001, he graduated from the School of Life Sciences at Tokyo University of Pharmacy and Life Sciences, and obtained his PhD in 2006 from the same university. After four years of postdoctoral training at the Department of Physiology, University of Bern, in Switzerland, he returned to Japan to become a team leader at the RIKEN Brain Science Institute. He has since received many research prizes from neuroscience societies and the government of Japan. Through his research, Murayama has discovered a unique neural circuit underlying somatosensory (touch) perception in mice during the awake state and perceptual memory consolidation during sleep. This circuit might also be related to other perceptual experiences, including chronic pain and itching.