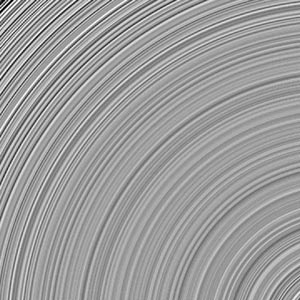 Figure 1: ‘Tree ring’ imperfections in the digital camera sensors of the next-generation Large Synoptic Survey Telescope (LSST) will have a negligible effect on scientific output. © 2016 AAS. Reproduced with permission

A quest to find the enigmatic dark matter and energy thought to pervade the Universe will not be hampered by small imperfections in the devices used to detect them, researchers from the RIKEN Nishina Center for Accelerator-Based Science have ascertained1.

The detectors are part of the Large Synoptic Survey Telescope (LSST) under construction in Chile, which will take super-precise snapshots of the entire visible sky every few days, for ten years. “There was much discussion and concern about how these detector issues could disturb the surveys,” says Yuki Okura, who led the research.

The expansion of the Universe began with the Big Bang and later began to accelerate. But one of the biggest conundrums in cosmology is that the expansion should be slowing based on the amount of cosmic matter we can see. Astrophysicists now agree that the reason for this discrepancy lies in what we cannot see—dark energy, which is estimated to account for 70 per cent of the energy of the Universe.

Since dark matter and dark energy do not emit light of any kind, they have to be detected indirectly from the way that dark matter’s mass bends light, an effect known as gravitational lensing. “This changes the apparent shape of distant galaxies, which provides information about the dark matter along the light path,” says Okura.

By capturing extremely precise images of the billions of galaxies in the visible sky over time, the LSST will enable scientists to observe, for the first time, these vanishingly weak distortions in light emission caused by dark matter. But if the LSST is to be effective, every other possible source of distortion, including in the telescope’s design and fabrication, will need to be accounted for.

“We wanted to be sure that the shape changes we detect are accurate and not the result of defects in the digital sensors that detect the light,” explains Okura.

The sensors used to capture the digital images are manufactured from silicon wafers, which have ‘tree ring’ variations (Fig. 1) due to the way the silicon is grown. And the technique used to etch pixels on the sensor also produces periodic imperfections.

“Starting from measurements of the sensors in the laboratory, we calculated the image shape changes due to these imperfections and the effect they would have on our measurement of dark matter and dark energy,” says Okura. “Fortunately, we were able to show that the effect is small enough to be neglected.”