Weyl fermions, on the other hand 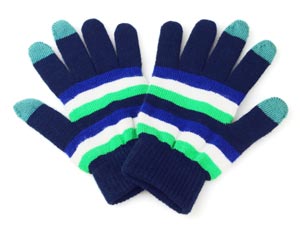 Figure 1: A pair of gloves possesses chirality, or handedness, since one glove is a mirror reflection of the other. Likewise, Weyl fermions are also chiral. © design56/ iStock/ Getty Images Plus

Back in 1929, theoretical physicist Hermann Weyl predicted the existence of a new elementary particle with intriguing properties. Specifically, it would be massless (like a photon), have half-integer spin (like an electron) and exist in two mirror-image versions (like left- and right-handed gloves; Fig. 1)—a property known as chirality.

Despite almost nine decades of searching, particle physicists have yet to experimentally observe this particle, which was dubbed the Weyl fermion. But in 2015, an analog of the Weyl fermion turned up in a completely different context—as quasiparticles in an exotic material known as a Weyl semimetal.

Weyl semimetals are crystals that can be regarded as three-dimensional analogs of the two-dimensional material graphene under certain symmetry conditions. A system that looks the same when viewed in a mirror and rotated by 180 degrees is said to have P-symmetry, while one that is unchanged when time is reversed exhibits T-symmetry. Many of the Weyl semimetals investigated to date are magnetic materials that exhibit T-symmetry breaking. But recently, a class of non-magnetic Weyl semimetals has been discovered that obtain their unusual properties because their crystal structure breaksP-symmetry. 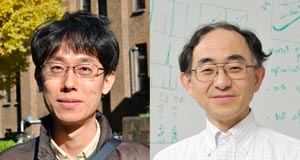 Naoto Nagaosa from the RIKEN Center for Emergent Matter Science, working with collaborator Takahiro Morimoto from the University of California, Berkeley, has now theoretically investigated the electronic properties of such Weyl semimetals1. The pair’s calculations predict that such materials should exhibit an unusual effect known as giant magnetochiral anisotropy.

Magnetochiral anisotropy is the phenomenon in which the electrical resistance of a material depends both on the magnitudes of the current passing through it and the external magnetic field. This effect could lead to the development of novel devices in which current can be controlled to flow in only one direction by the application of a magnetic field.

The analysis by Nagaosa and Morimoto predicts that magnetochiral anisotropy will appear only in P-broken Weyl semimetals—not in magnetic T-broken Weyl semimetals. “In a class of materials with broken P-symmetry, Weyl fermions should show a direction-dependent transport phenomenon,” explains Nagaosa.

The calculations also predict that the size of this anisotropy will be much larger than those seen in other materials to date. Nagaosa and Morimoto believe that this property arises due to the chirality of Weyl fermions.

The two researchers are now investigating whether they can see the effect experimentally. “We are now proposing experiments on several candidate materials such as tantalum arsenide,” says Nagaosa.