A synthetic chemical is found to blind plants to blue light 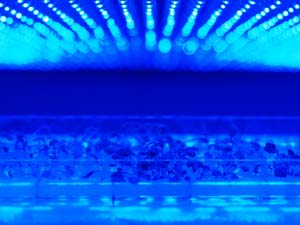 Figure 1: Seedlings being grown under blue light to screen for the effect of different chemicals. © 2017 Minami Matsui, RIKEN Center for Sustainable Resource Science

A chemical that blocks the ability of plants to perceive blue light has been discovered by a team led by RIKEN researchers1. This chemical offers a new tool for investigating blue light perception in plants and its role in various developmental processes.

Plants use the color of the light around them to guide developmental decisions, altering their growth in response to the amount of red, far-red and blue light they receive. In response to blue light, plants open the pores on their leaves and alter their growth to avoid shade. Blue light is also involved in seedling germination, serving as a signal for the embryonic leaves to open and ensuring that the seedling’s stem does not elongate unnecessarily.

To identify new molecules involved in blue light signaling, the team conducted a chemical screen. By exposing seeds to samples from a library of nearly 3,700 chemicals and germinating them under blue light (Fig. 1), they identified around 80 candidates that blocked the normal reduction in stem elongation. The researchers then tested the effect of these candidates in red and far-red light and found that only one chemical, named 3B7N, affected growth solely in blue light.

According to Minami Matsui of the RIKEN Center for Sustainable Resource Science, who led the research, 3B7N is a synthetic chemical, and there is no reason to expect an analog in plants or animals. “Maybe there is such a chemical—that would be interesting—but currently we don’t have any data showing that such a thing exists in plants,” he says. 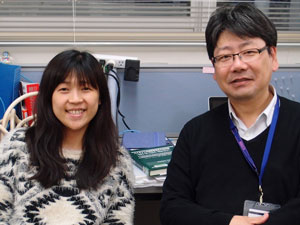 The researchers believe that 3B7N does not act in place of a regulatory molecule, but rather it inhibits the blue light receptor cryptochrome—a protein that is sensitive to blue light. They showed that 3B7N directly binds to cryptochrome, probably blocking its ability to interact with other molecules and activate blue light signaling.

The team also surveyed gene expression under blue light with and without 3B7N in normal plants and in plants lacking cryptochrome. By combining these data, they compiled a list of genes that are affected by 3B7N, some of which they plan to investigate.

The discovery offers scientists a new tool for exploring blue light perception and response in plants. “Mutants lack cryptochrome in their whole body, but with this chemical we can inhibit cryptochrome in specific tissues and at specific times,” says Matsui. The team plans to use 3B7N to study the role of blue light at different developmental stages, particularly during flower development.