As a community of scientists, RIKEN takes facts and figures very seriously. This section provides details on the breakdown of our staff by gender and nationality, as well as figures on RIKEN's budget profile, income and expenditures. For further information on the activities of individual centers and labs, see also the Reports section.

RIKEN is a large organization, with over 3,000 employees working at a number of campuses throughout Japan. Personnel at RIKEN are employed as either permanent or fixed-term research or administrative staff. As illustrated in the figure below, research staff outnumber administrative staff by a ratio of roughly 5 to 1. 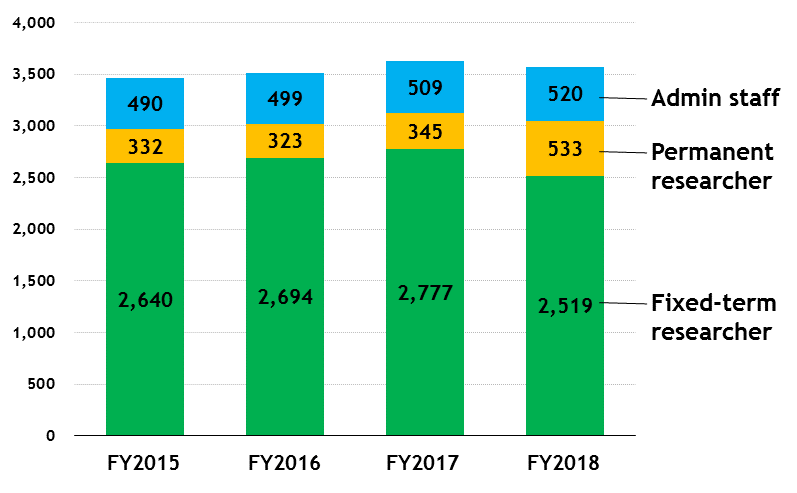 Diversity is at the heart of RIKEN's research environment, and this is no better illustrated than in the strong numbers, by Japanese standards, of international and female staff who play a vital role in RIKEN's success today.

Non-Japanese scientists working at RIKEN come from all over the world. The two largest groups come from two of Japan's closest neighbors, China and Korea, while there are also a significant number from the United States, India, and European countries. 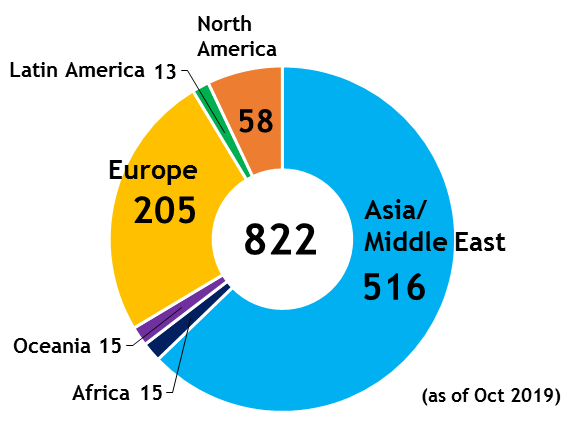 Breakdown of RIKEN scientists by region**

*: Figures include only scientists directly employed by RIKEN.

As a national research and development institute, RIKEN receives the bulk of its funding from the Japanese government. The largest proportion of RIKEN's income is derived from government grants that fund RIKEN's general operations and facility maintenance. Government subsidies for the operation and construction of major facilities have constituted a significant proportion of total income over the past several years.

RIKEN also strives to generate income through competitive grants and from collaborations with industry or royalty income. 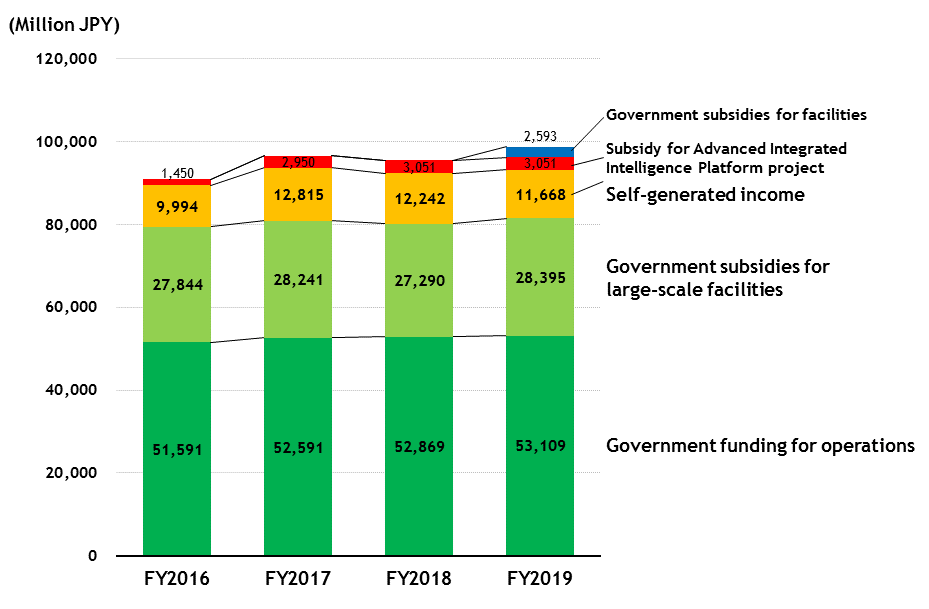 Breakdown of RIKEN budget by year 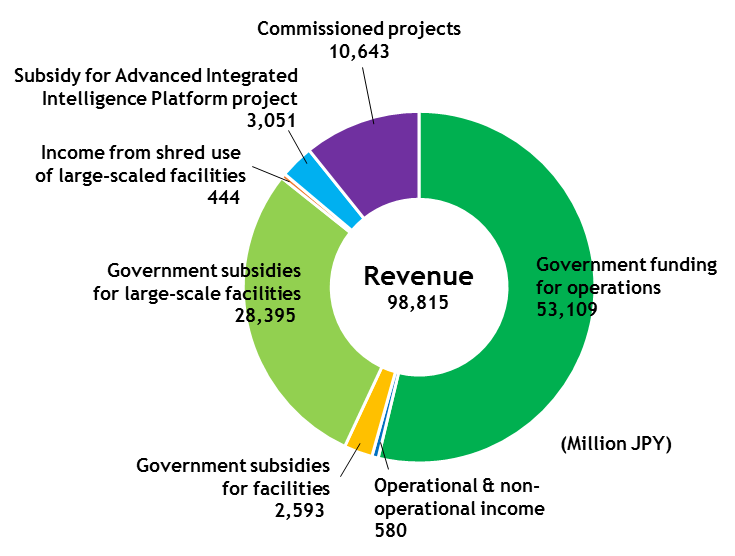 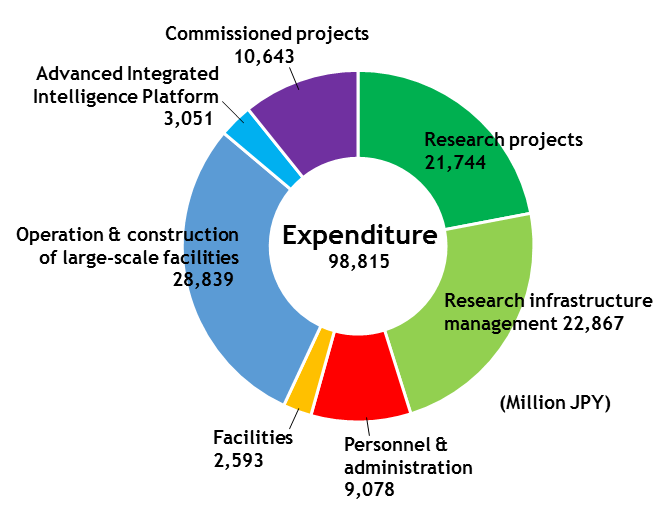 Revenue by source (upper) and expenditure by category (lower) in FY2019