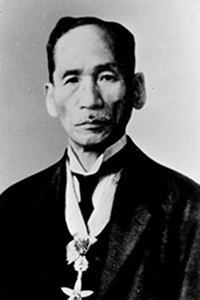 Umetaro Suzuki was the founder of vitamin research in Japan. His most important achievement was the isolation from rice bran of what he named Oryzanin, or vitamin B1, which is essential for the treatment of beriberi, a very common disease at the time. When the RIKEN Foundation was established in 1917, Suzuki became Director of the Chemistry Division, where he continued his research on nutrition and food, providing RIKEN with an important source of income by inventing and developing products such as "RIKEN Vitamin" and a type of synthetic sake, "RIKEN-Shu", which differed from traditional sake in that it was made from materials other than rice and needed no preservatives. Suzuki also applied his expertise to the development of agricultural chemistry and biochemistry, and mentored a great many leading scientists. Umetaro Suzuki is one of RIKEN's "Three Taros". 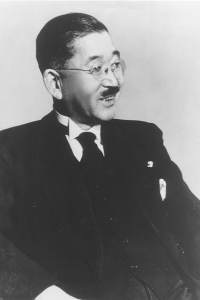 Masatoshi Okochi was the RIKEN Foundation's third president. In 1922, he abolished the Physics and Chemistry Divisions and introduced a radically different system for organizing research at RIKEN: each independent laboratory was led by a Chief Scientist who was given considerable autonomy to manage research topics, personnel and budget. When the new system was introduced, there were 14 laboratories. Okochi also established the RIKEN Konzern, a group of companies that brought science and industry together by using RIKEN's research results to produce commercial products. During the 25 years that Okochi was president of the RIKEN Foundation, he gave Japanese scientists in many fields the freedom to do their own research. 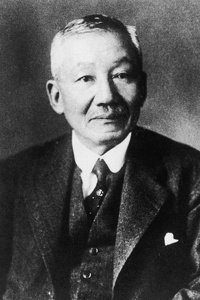 Hantaro Nagaoka pioneered Japan's research efforts in physics, including experimental physics, theoretical physics and geophysics, and laid the foundations that enabled Japan to make rapid progress in the field. It was Nagaoka who proposed a new atomic model involving electrons orbiting a central nucleus in a planetary way. He also conducted research into the changes in length that result from the magnetization of magnetic substances, magnetorestriction, which was later useful in Kotaro Honda's research on magnetic steel. Nagaoka also foresaw the arrival of today's age of atomic energy and electronics. When the RIKEN Foundation was established in 1917, Nagaoka became Director of the Physics Division, where he mentored Kotaro Honda, Torahiko Terada and other prominent scientists. Along with Kotaro Honda and Umetaro Suzuki, Hantaro Nagaoka is one of RIKEN's "Three Taro's". 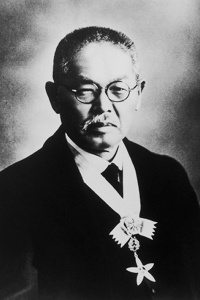 Kotaro Honda's research focused on metallurgy and magnetism, and he earned great distinction early in his career by inventing KS magnet steel. Further development of this work brought impressive results, raising Japan's research on magnetism to an international level. In 1922, Honda opened the RIKEN-Honda Laboratory at Tohoku Imperial University, where he continued his research while mentoring world-famous scholars and scientists such as Shoji Nishikawa, Hakaru Masumoto and Seiji Kaya. Kotaro Honda is one of RIKEN's "Three Taros". 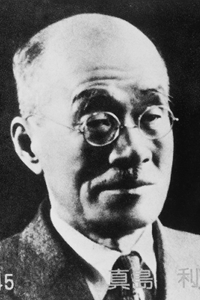 Riko Majima focused on studying the natural resources indigenous to Eastern countries and he enjoyed particular success in his research of the lacquer tree (urushi), determining the molecular structure of its key ingredient, urushiol. Later he succeeded in synthesizing indole and the aromatic components of matsutake, a fragrant Japanese mushroom, and laid the foundation for natural resource-related organic chemistry in Japan. Majima also nurtured many young researchers who later became the intellectual pillars of organic chemistry research in Japan. He headed the Majima Laboratory at RIKEN for 24 years from 1923. He actively promoted the establishment of RIKEN laboratories within universities and he set up his own laboratories and conducted research at both Tohoku Imperial University (until 1935) and Osaka Imperial University (from 1933). 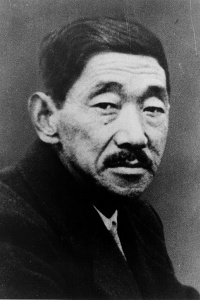 Torahiko Terada headed the Terada Laboratory at RIKEN for about 12 years, beginning in 1924. He had a wide range of research interests, from astrophysics to geophysics. Terada always approached research in a practical way, drawing heavily on everyday phenomena. For example, he studied combustion by performing experiments using a burning charcoal briquette and the physics of surfaces by studying ink marbling and the generation of vortices. He also studied cracks in glass and the formation of kompeito, a type of sugar candy. One of his achievements was to devise a research method of continuously observing crystal X-ray diffraction by rotating a crystal object. Terada was also an accomplished painter and writer, especially in the area of scientific essays. 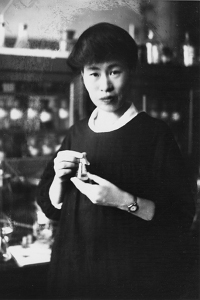 In 1916, Chika Kuroda graduated from the Department of Chemistry in the Faculty of Science at Tohoku Imperial University, becoming Japan's first female bachelor of science. She traveled to the UK in 1921 to study at Oxford University for 2 years and in 1924 she joined Riko Majima's laboratory at RIKEN as a research scientist. Here she continued her research on natural pigments, determining the molecular structure of shikonin, a purple coloring factor in the root of puccoon (Lithospermum erythrorhizon). Later she determined the molecular structure of carthamin, the coloring ingredient in safflower (Carthamus tinctorius). She was one of Japan's pioneering female scientists. 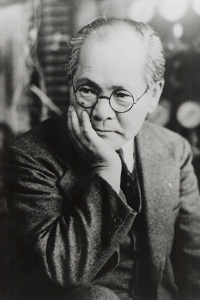 In 1928, Yoshio Nishina published what became known as the Klein-Nishina formula, which cleared the way for a new path in quantum physics. In 1931, Nishina became Chief Scientist of the Nishina Laboratory at RIKEN, where he introduced a collaborative research method which focused on discussion and collaboration between researchers. Nishina continued with his research in physics and other fields, laying the groundwork in Japan for the modern fields of nuclear physics, elementary particle physics and cosmic-ray research. In 1948, the original RIKEN Foundation became a private company known as Kagaku Kenkyusho (KAKEN), or the Scientific Research Institute Ltd., and Nishina became its first president. Nishina mentored many leading researchers, including two Nobel laureates in physics, Hideki Yukawa and Shinichiro Tomonaga. 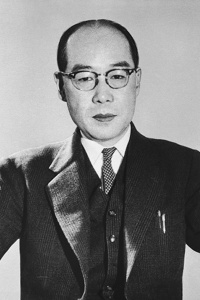 In 1935, Hideki Yukawa published his meson theory, proposing the existence of an elementary particle that produces an attractive force between the protons and neutrons in the nucleus of an atom. As a result of this theory, Yukawa won the 1949 Nobel Prize in Physics. In 1940, Yukawa joined Yoshio Nishina's Laboratory at RIKEN, where he continued his research on theoretical physics. He also served as a Chief Scientist at RIKEN from 1961 to 1967. 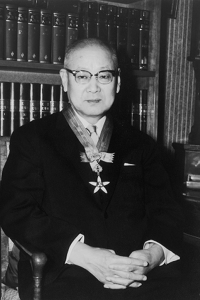 Kinichiro Sakaguchi raised Japan's applied microbiology research to international standards, and made enormous contributions to Japan's modern biotechnology industry and basic microbiology research. He headed a laboratory at Kagaku Kenkyusho (KAKEN) from 1949 to 1953. After KAKEN became a semi-public corporation in 1958, Sakaguchi became the first Vice President of the new RIKEN and dedicated himself, together with President Nagaoka, to acquiring the land for RIKEN's move from Komagome to the town of Yamato (present-day Wako city) in Saitama prefecture. RIKEN's old Komagome location was too cramped—it was only 49,500m2—and Sakaguchi played a key role in negotiating with the US army headquarters to acquire 231,000m2 of land from an American military base that straddled Wako and Asaka cities in Saitama prefecture. With the donation of the land, the government provided the five billion yen required to rebuild, and the current RIKEN (now an Independent Administrative Institution) found a new home in present-day Wako. 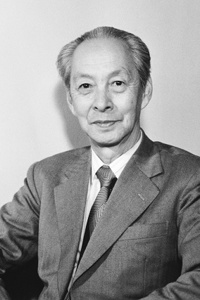 Shinichiro Tomonaga joined the Nishina Laboratory at RIKEN in 1932. In 1943, he published the "super-many-time theory," which reconciled quantum mechanics with the theory of relativity. Tomonaga further developed these ideas in his "renormalization theory," published in 1948. This new theory was key to the development of quantum electrodynamics and Tomonaga won the Nobel Prize in Physics in 1965. Tomonaga once reflected, "My career in physics came about because of Einstein's visit to Japan in 1922, when I realized that the world of physics holds many wonders. I was enchanted by the possibility of investigating this fascinating world."