Leading the race to regenerate eyes 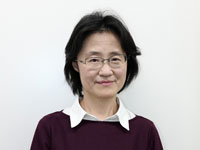 For the past few years, I’ve focused on using self-organized retinal tissue prepared using embryonic stem cells (ES) and/or induced pluripotent stem cells (iPS) in animal models to see if these tissues can contribute to functional retinal reconstruction after degeneration.

I’ll never forget the day that I saw what looked like a real mature retina, after an ES-derived retina was transplanted into the degenerated eye of a mouse. The question of if transplanted retinal cells or tissues really make connections with host neural retinal cells has long plagued researchers. However, the fact that a dead neural network could be rebuilt in an adult is exciting. I see traces of neural regeneration in animal models, but I still wonder if they can be replicated in humans, and how I can help maximize the effects. 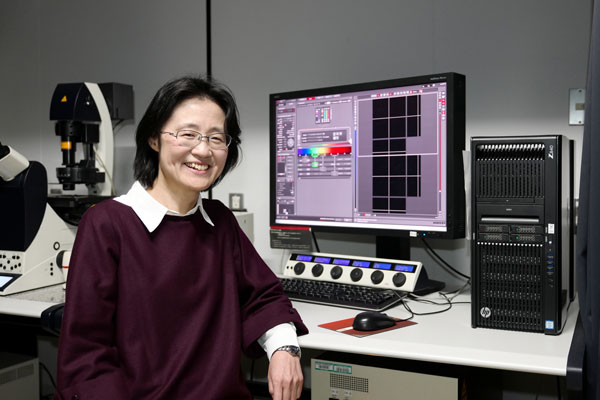 How did you decide on what you wanted to study?

What have been the most interesting recent discoveries in your field?

Two great contributions have come from Japanese researchers. Mototsugu Eiraku has been working on producing three-dimensional retina from stem cells. Yoshiki Sasai’s lab has examined guiding human embryonic stem cells in tissue cultures into cells from the brain cortex, eyes and other organs. From these finding we can now obtain retinas from ES/iPS cells by reproducing the developmental process in vitro.

Previously, I had worked with Masayo Takahashi as a clinical ophthalmologist, but I was also interested in performing preclinical studies, and so it was ideal when she joined RIKEN to do more fundamental research and I was able to join her lab.

What are some of the technologies that you use in your research?

We use volume imaging and analysis via immunohistochemistry, a type of immunostaining, and are also trying the serial block-face electron microscope to generate three-dimensional images from small samples. We are still struggling with three-dimensional reconstructions of large-volumes of data, but I would like to see if the characteristic ribbon synapse formation of photoreceptor bipolar and horizontal cells are reproducible between host retina and graft tissue. The multiple electrode array system is also an important tool used to record the retinal function through electrophysiology.

Tell us about your goals.

I'd like to see if we can restore substantial vision in humans through photoreceptor reconstruction and replacing or repairing other retinal cells. This will also provide clues to how the visual system is organized. Clinically, we would like to move from seeing small effects, such as patients being able to see some light, to patients being able to see shapes or movement.

“My research is important to society because….”

…it challenges us to understand the regenerative potential of the human neural network.