IUPAC begins Public Review of nihonium and Nh, the proposed name and symbol for the new element 113

Today, the International Union of Pure and Applied Chemistry (IUPAC) began a public review of the name and symbol—nihonium and Nh—that the research group led by Kosuke Morita, Group Director of the Research Group for Superheavy Element at the RIKEN Nishina Center for Accelerator-Based Science, proposed to IUPAC on March 18.

The group began its efforts to discover element 113 at RIKEN’s RI Beam Factory using the RILAC linear accelerator in September 2003. The first synthesis of element 113 took place in July 2004, and two other events, in April 2005 and August 2012, led to recognition from IUPAC that the group has earned naming rights to the new element.

The public review will be held for five months. Following that, IUPAC will officially announce the name and symbol of the new element. 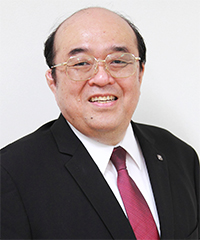 We are pleased to announce that the name and symbol of the new element 113, “nihonium” and “Nh” which our group proposed to the International Union of Pure and Applied Chemistry (IUPAC), passed the organization’s internal review and have been released on the IUPAC website for public review. IUPAC will officially approve the name and symbol following the review.

In the long history of the discovery of chemical elements, only research groups in western countries have discovered new elements. We are the first group in Asia to have discovered a new element and then earned naming rights to it. We decided on the name “nihonium” for the new element bearing in mind the great support we have received from the Japanese people.

Following the final approval by IUPAC, “nihonium” and “Nh” will be added to the periodic table. We are honored to have the name of an element discovered by a research group in Japan earn a permanent seat on the periodic table, an intellectual legacy that will be passed down to future generations for the benefit of humankind. We wish to express our deepest gratitude to all those who have given us support over the years.

Basic science has produced many breakthroughs which have tremendously benefitted mankind in ways unthinkable at the time of the discoveries. It is rare however, for basic science to directly impact people’s everyday lives. Basic scientific research, therefore, is funded by governments and supported by people. We are ever so grateful to RIKEN, the relevant government ministries and agencies, and the Japanese people for their continuous support for basic scientific research which takes time and requires a long-term commitment.

It is our hope that seeing the new element discovered in Japan in the periodic table will make people proud and generate increased interest in science which, in turn will likely lead to a more scientifically-minded general public. We believe our research is significant when we see it contributing to the advancement of science and technology in our country.

There is no greater honor for our group than to share the joy of the discovery of the new element and the recognition of its name and symbol with people all over the world.