Celebrating the naming of the new element nihonium

A ceremony to commemorate the naming of element 113 as “nihonium” was held at the Japan Academy in Tokyo on March 14, 2017, with His Imperial Highness the Crown Prince in attendance.

The event opened with a string quartet rendition of the Japanese national anthem. Then, RIKEN President Hiroshi Matsumoto gave an oration in which he commended all concerned for the years of hard work that went into the discovery of element 113.

In his address, His Imperial Highness the Crown Prince said, “My summer homework for the chemistry class in my second year of high school was to make more than 30 copies of the periodic table of the elements by hand. I am deeply moved by the addition of the new element, ‘nihonium’ which was discovered by a Japanese research group to the table that I had to make great efforts to copy.

"The elements are the building blocks of the matter that comprises this universe and the search for these elements enriches the scientific foundations of humanity. I am hopeful that further expansion of basic research like this will contribute significantly to the development of science and technology and of society.

"I hope this ceremony today will provide the momentum for science and technology to continue to transcend national borders, develop through people’s collaboration, and be beneficial for the future of all humanity.”

Natalia Tarasova, President of the International Union of Pure and Applied Chemistry (IUPAC), then formally declared nihonium as the name of element 113, after which Kosuke Morita, director of the RIKEN Research Group for Superheavy Elements, gave a brief presentation on the history leading up to the synthesis, discovery and naming of the new element.

The ceremony was the culmination of a series of events leading to the naming. On December 31, 2015 (JST), IUPAC announced the verification of the discovery of element 113 and a Japanese research group headed by Kosuke Morita was invited to suggest its permanent name and symbol. This was the first time that the right to suggest a name for a new element was granted to a group in Asia. Following a public review, on November 30, 2016, IUPAC officially announced the name “nihonium” and symbol, “Nh” proposed by Morita’s group for element 113.

It is traditional to hold a ceremony to commemorate the naming of a new element and to have the IUPAC president make a formal declaration of the name. The event also serves as an occasion to introduce the work of the research group responsible for the discovery and to recognize the contribution of the many people who supported the endeavor. 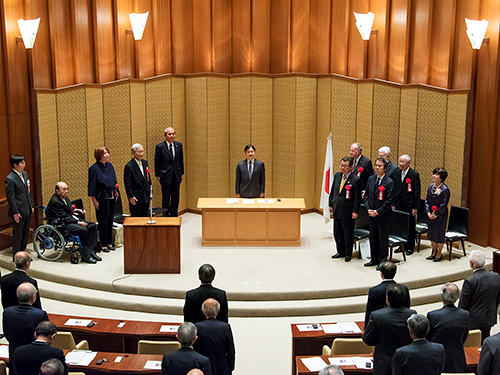 A view of the ceremony 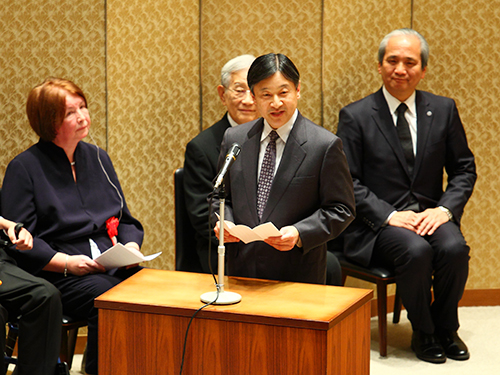 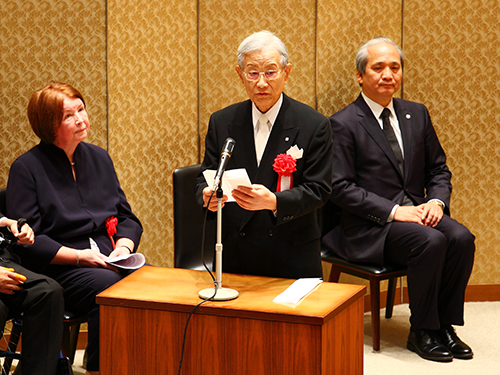 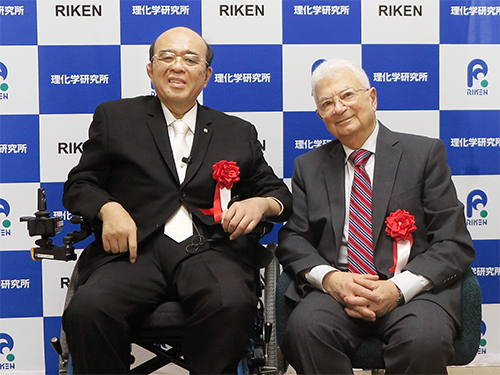 After the Ceremony, Drs. Morita and Oganessian* were interviewed

*Dr. Oganessian is a pioneer in the use of accelerators for synthesizing superheavy elements. His group has discovered elements 114 (flerovium), 115 (moscovium), and 118 (oganesson), which is named after him, all with Russian etymologies. From 1992-1994, Group Director Morita studied superheavy elements while participating in experiments with Dr. Oganessian's group.