RIKEN is currently working to strengthen its research and become a world leading research institute by creating partnerships with other research institutes around the world. At present RIKEN has collaborations with 84 institutions in 19 European countries.

On November 1, it established an office in Brussels to serve as a central base for further strengthening those ties, and on November 29, a ceremony and reception were held to celebrate the opening of the office.

The ceremony was attended by President Hiroshi Matsumoto and Executive Director Motoko Kotani from RIKEN, as well as by Kazuo Kodama, ambassador of the Mission of Japan to the European Union, Yoshio Yamawaki, deputy minister of MEXT in charge of science and technology, Jean-Eric Paquet, director general of the EU's Directorate-General for Research and Innovation, and Jean-Pierre Bourguignon, president of the European Research Council. The ceremony featured the unveiling of a hand-brushed writing of "RIKEN" that hangs in the new Europe office.

Following the ceremony, about 80 guests attended a reception in Brussels to commemorate the opening. 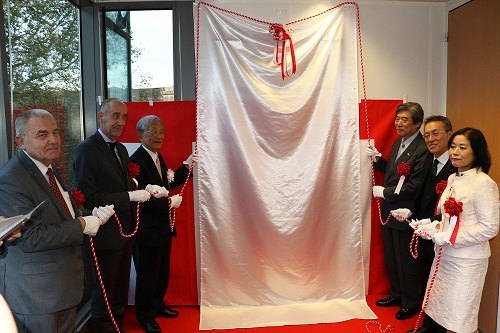 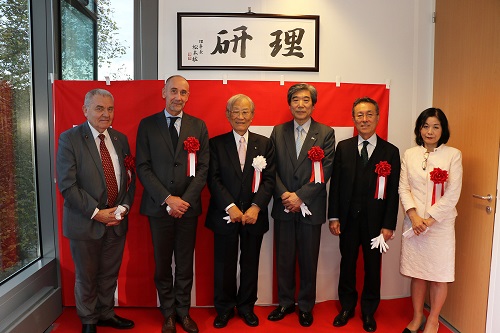 Another picture of the unveiling ceremony 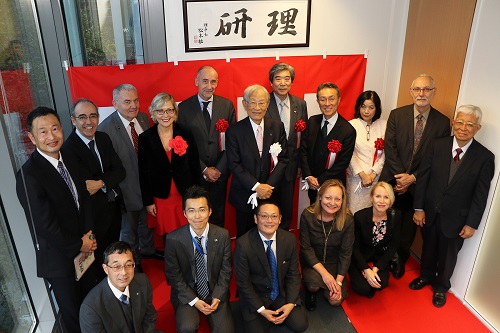 The participants of the opening ceremony 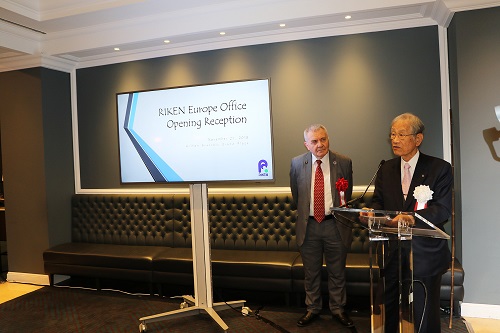