Hiroshi Hamada elected as a Foreign Member of the Royal Society 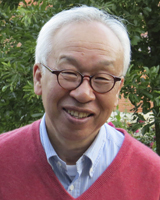 Hiroshi Hamada, team leader of the Laboratory for Organismal Patterning at the RIKEN Center for Biosystems Dynamics Research (BDR) has been elected as a Foreign Member of the renowned Royal Society, the United Kingdom’s national science academy and the oldest scientific academy in continuous existence in the world. Dr. Hamada was recognized for his contribution to the field of developmental biology, specifically to the understanding of how the vertebrate body axis is established and how left-right asymmetry arises in embryos during early development.

Upon learning about his election as a Foreign Member of the Royal Society, Dr. Hamada said, “It is a great honor to be recognized by the Royal Society, which has a long history of scientific excellence. I thank my lab members, collaborators and friends in the developmental biology community for motivating and supporting me over the years.”