Visit by the President of the Swiss Confederation

On April 20, a delegation led by Ignazio Cassis, President of the Swiss Confederation, visited the RIKEN Center for Computational Science (R-CCS) in Kobe.

RIKEN Executive Director Makiko Naka began the visit with a welcoming address and an overview of RIKEN. Following that, R-CCS Director Satoshi Matsuoka gave an introduction to the supercomputer Fugaku, the center’s flagship, which has won the world's top benchmarking awards for four consecutive terms, and discussed some research results including countermeasures against the COVID-19 pandemic.

Then, with the aim to encourage the use of Fugaku to produce research results through partnerships with Switzerland, a ceremony was held to conclude a basic agreement for new collaboration in the field of supercomputing between the Swiss National Supercomputing Center and the R-CCS.

President Cassis then gave an address expressing thanks for the visit and his hopes for the future of the collaboration.

After this, the participants moved to the computing room where they could see the actual supercomputer up close, and stood in front of the computer racks for a commemorative photo. 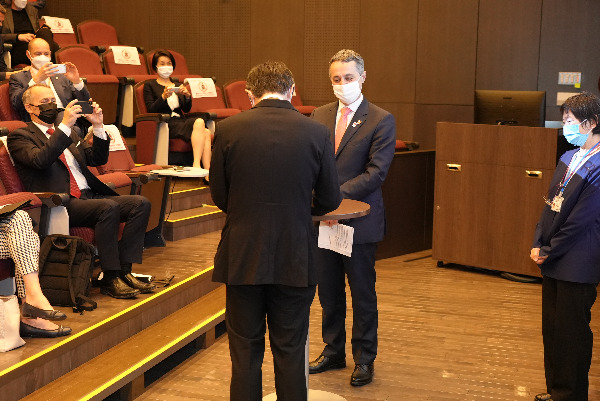 President Cassis witnesses the signing of the agreement 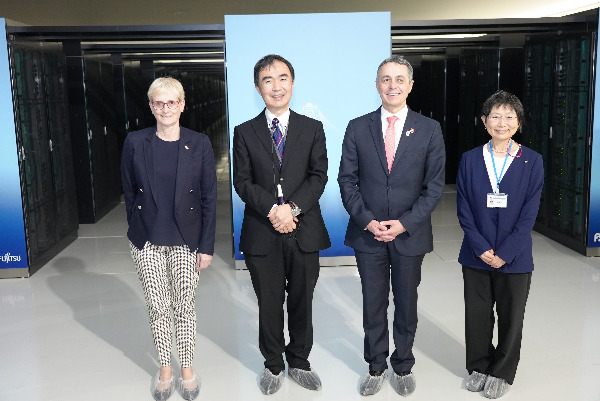 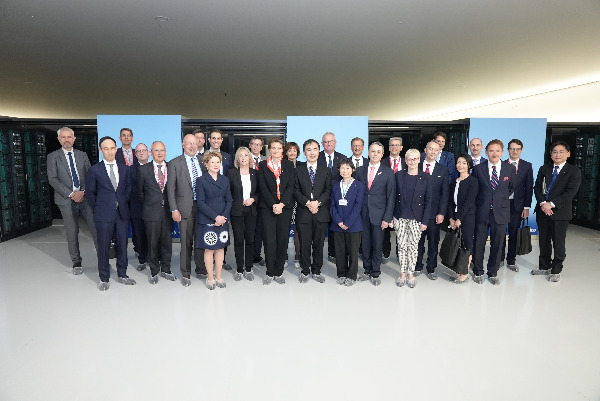 Commemorative photo of the delegation