The world's most powerful beam of heavy ions has enabled Japanese scientists and their international collaborators to uncover 45 new neutron-rich radioisotopes in a region of the nuclear chart never before explored. In only four days, a team of researchers at the RIKEN Nishina Center for Accelerator-Based Science (RNC) have identified more new radioisotopes than the world's scientists discover in an average year.

Radioactive isotopes (RI) or radioisotopes, unstable chemical elements with either more or fewer neutrons than their stable counterparts, open a door onto a world of nuclear physics where standard laws break down and novel phenomena emerge.

The RNC's Radioactive Isotope Beam Factory (RIBF) was created to explore this world, boasting an RI beam intensity found nowhere else in the world. Accelerated to 70% the speed of light using RIBF's Superconducting Ring Cyclotron, uranium-238 nuclei are smashed into beryllium and lead targets to produce an array of exotic radioisotopes believed to play a central role in the origins of elements in our universe.

To collect, separate and identify these isotopes, the researchers made use of BigRIPS, an RI beam separator whose powerful superconducting magnets have been carefully tuned to detect even the rarest phenomena under low-background conditions. Radioisotopes discovered using BigRIPS span the spectrum from manganese (Z = 25) to barium (Z = 56) and include highly sought-after nuclei such as palladium-128, whose "magic number" of neutrons grants it surprisingly high stability.

While greatly expanding our knowledge of nuclear physics, the newly-discovered radioisotopes provide essential clues about the origins of atoms in our universe. Further improvements at RIBF promise to dramatically boost heavy-ion beams to more than 1000 times their current intensities, unleashing thousands of new radioisotopes and heralding a new era in high-energy nuclear physics.

These findings were reported in the Journal of the Physical Society of Japan (Vol. 79, No. 7).

"The group of researchers at the center of these latest radioisotope discoveries has been working on the design and construction of the BigRIPS facility for more than ten years. As someone directly involved in this research, I have to say that I am yet again amazed at the capabilities of our team members and at the RI beam production and detection capabilities of BigRIPS.

The former director of the Nishina Center used to often say that in the RIBF, he aimed to create "the world's foremost RI beam facility", and I think we all had great confidence that this would happen. I look forward to further discoveries of radioisotopes in unexplored regions of the nuclear chart, and to more applications of RI research in nuclear physics and nuclear astrophysics."

The plots shown are for three different settings of the BigRIPS separator, each targeting new radioisotopes in the region with atomic numbers around 30, 40, and 50, respectively. The lower panels show the plots enlarged around the regions of new radioisotopes, where the red lines indicate the known frontiers. Events seen in the "unknown" areas are those from new radioisotopes.

The 45 new radioisotopes we observed in the present work are shown in red, while the yellow and green squares represent previously identified radioisotopes. The blue line indicates an r-process path, through which elements heavier than iron are created in our universe. 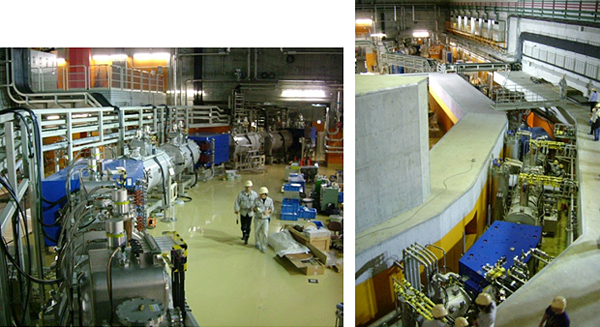 Figure 4: Photographs of the first stage (left) and second stage (right) of the BigRIPS separator