From which ancestors have turtles evolved? How did they get their shell? New data provided by the Joint International Turtle Genome Consortium, led by researchers from RIKEN in Japan, BGI in China, and the Wellcome Trust Sanger Institute in the UK provides evidence that turtles are not primitive reptiles but belong to a sister group of birds and crocodiles. The work also sheds light on the evolution of the turtle’s intriguing morphology and reveals that the turtle’s shell evolved by recruiting genetic information encoding for the limbs. 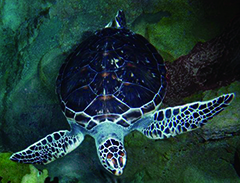 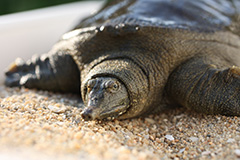 Turtles are often described as evolutionary monsters, with a unique body plan and a shell that is considered to be one of the most intriguing structures in the animal kingdom.

“Turtles are interesting because they offer an exceptional case to understand the big evolutionary changes that occurred in vertebrate history,” explains Dr. Naoki Irie, from the RIKEN Center for Developmental Biology, who led the study.

Using next-generation DNA sequencers, the researchers from 9 international institutions have decoded the genome of the green sea turtle and Chinese soft-shell turtle and studied the expression of genetic information in the developing turtle.

Their results published in Nature Genetics show that turtles are not primitive reptiles as previously thought, but are related to the group comprising birds and crocodilians, which also includes extinct dinosaurs.

Based on genomic information, the researchers predict that turtles must have split from this group around 250 million years ago, during one of the largest extinction events ever to take place on this planet.

“We expect that this research will motivate further work to elucidate the possible causal connection between these events,” says Dr. Irie.

The study also reveals that despite their unique anatomy, turtles follow the basic embryonic pattern during development. Rather than developing directly into a turtle-specific body shape with a shell, they first establish the vertebrates’ basic body plan and then enter a turtle-specific development phase. During this late specialization phase, the group found traces of limb-related gene expression in the embryonic shell, which indicates that the turtle shell evolved by recruiting part of the genetic program used for the limbs.

“The work not only provides insight into how turtles evolved, but also gives hints as to how the vertebrate developmental programs can be changed to produce major evolutionary novelties,” explains Dr. Irie.

Another, unexpected finding of the study was that turtles possess a large number of olfactory receptors and must therefore have the ability to smell a wide variety of substances. The researchers identified more than 1000 olfactory receptors in the soft-shell turtle, which is one of the largest numbers ever to be found in a non-mammalian vertebrate. 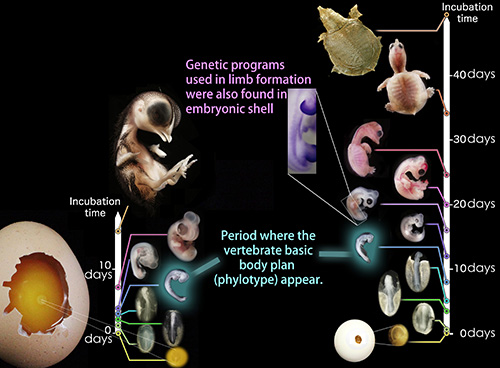 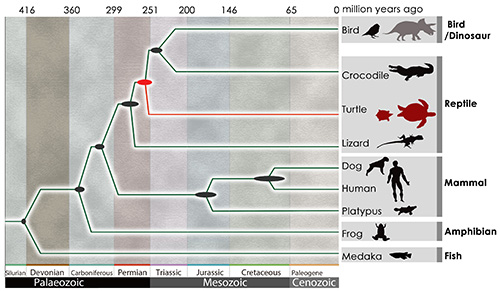