The dynamic behavior of electrons in magnetic fields is crucial for understanding physical processes, such as the quantum Hall effect, which are important in many areas of solid state physics, including electrical conductivity. Yet, there is much that remains unknown about exactly how electrons behave in a magnetic field.

In research published today in Nature Communications, researchers Franco Nori and Konstantin Bliokh from the RIKEN Center for Emergent Matter Science in Japan, in collaboration with an experimental team in Austria, have made the first direct observations of free-electron Landau states—a form of quantized states that electrons adopt when moving through a magnetic field—and found that the internal rotational dynamics of quantum electrons, or how they move through the field, is surprisingly different from the classical model, and in line with recent quantum-mechanical predictions made at RIKEN. 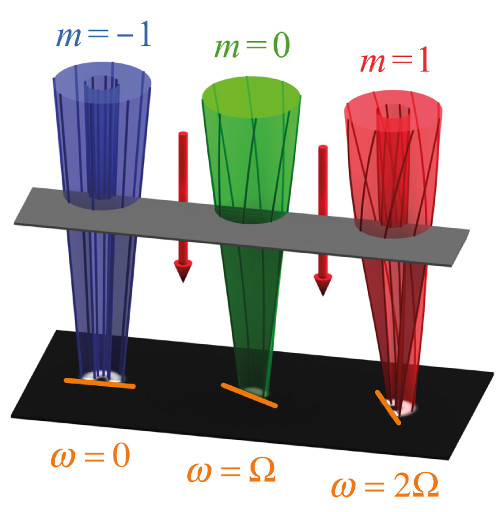 Electrons moving in a magnetic field rotate at three frequencies—0, the Larmor frequency (Ω), and the cyclotron frequency (2Ω)—depending on the quantum number describing their angular momentum (m).