Retroviral RNA may play a part in liver cancer

An international group led by RIKEN in Japan and INSERM in France have found that retroviral long-terminal-repeat (LTR) promoters—a type of repetitive element that are widely distributed in the human genome—are highly activated in hepatocellular carcinomas, the most common type of liver cancer. Intriguingly, these areas—which are particularly activated in HCCs associated with viral hepatitis, are not normally activated in the liver but are in reproductive tissues such as testis and placenta. The study, published in Genome Research, suggests that the activation of LTR promoters might contribute to the development of cancer in the liver.

Retroviral LTRs are widely believed to be the remnants of retroviruses—like the HIV virus—which lost the ability to exit from cells and became parasitic elements in the genome. “Since these viral elements contain elements that are capable of functions such as transcription” says Piero Carninci of the RIKEN Center for Life Science Technologies, one of the corresponding authors, “it seems that organisms have sometimes made use of these LTRs for their own purposes, and in fact they are highly activated in reproductive tissues and, as we discovered earlier, in ES and iPS cells.”

The group used CAGE technology, a technique developed at RIKEN, to examine RNA expression in liver cancer tumors and non-tumor tissue taken from the same patients. They found 4,756 non-coding promoters that were more highly activated in the tumor tissue than the non-tumor tissue, and remarkably, 935 of these were located in retroviral LTRs (Fig. 1).

Then, examining the causes and aggressiveness of the tumors, they found that the activation of LTR promoters correlated both with the cause of the tumor—differing in patients whose cancer was associated with hepatitis B, hepatitis C, or alcohol use—and with the progression—less differentiated tumors with a higher chance of recurrence, had higher levels of expression (Fig. 2). “The fact that different patterns were found in tumors of different etiologies suggests that these are not simply random activations but may be part of the mechanism through which the cancer arose,” says Kosuke Hashimoto, the first author of the paper. Using a mouse model of HCC, they also found that 18.9% of the upregulated non-coding promoters were located in LTR elements (Fig. 1), and that the expression was higher in more advanced tumors (Fig. 3). “It appears,” says Hashimoto, “that we are seeing a similar phenomenon in both the mouse and humans.”

The group plans to continue research to uncover the function of the various LTRs to be able to put together a picture of how they contribute to the emergence of cancer. “We hope,” says Carninci, “that this work could lead to a better understanding of the mechanism of hepatocellular carcinoma and to the identification of biomarkers that could be used as diagnostic tests. This is very important considering that liver cancer is the second largest cause of cancer deaths in the world, killing more than 700,000 people every year.” 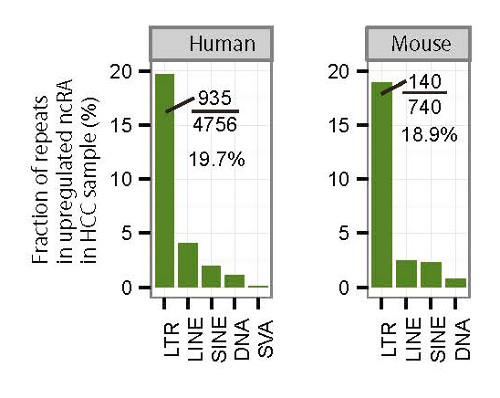 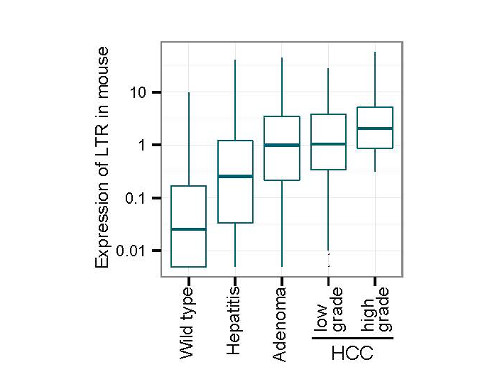 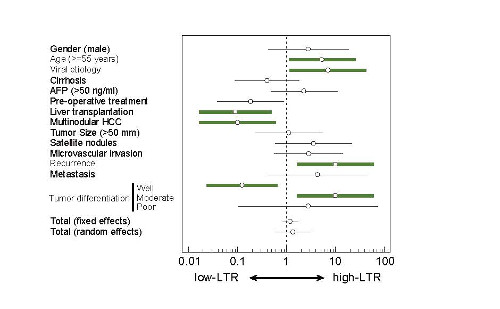