RNA biology provides the key to cell identity and health

Two papers in Genome Research by the FANTOM Consortium have provided new insights into the core regulatory networks governing cell types in different vertebrate species, and the role of RNA as regulators of cell function and identity.

The FANTOM Consortium was established at RIKEN two decades ago to go beyond genomics and examine RNA—known as the transcriptome. Understanding the transcriptome is crucial for further advances in biology because although the cells in our bodies share the same genomic DNA, their diversity is attributed to their RNA make up, with more than 400 types defined and many more thought to exist. Thus, understanding how RNA is expressed is a key for grasping how each cell type establishes its distinctive function, morphology, and behavior by activating specific transcriptional programs. Both studies published today were based on the CAGE technology that was developed at RIKEN to profile the transcriptome using next-generation sequencers.

The first study (Alam et al.) compares transcriptome data from matching primary cell types in human, mouse, rat, dog, and chicken. While the group found that the transcriptome measured by CAGE for the same cell type differed markedly between species, they identified a core regulatory network defining each cell type that is common between species. In general, the genes encoding products involved in RNA biology in the cell nucleus were found to be activated consistently in the same cell type regardless of the species. According to Michiel de Hoon, the corresponding author of the paper, “We identified genes acting within the nucleus whose usage was conserved for 100's of millions of years of evolution. On the other hand, genes that primarily act in communication between cells had diverged and were being used differently in different species, implying that the distinctive phenotype of each species is to a great extent due to the specific way that cells in an organism communicate with each other.”

The second study (Ramilowski J., Yip CW., et al.), part of FANTOM 6—the latest edition of the project—looked at human long non-coding RNAs, which outnumber protein-coding genes in mammals but whose function is still poorly understood. The researchers selectively targeted nearly 300 long non-coding RNAs for suppression in human fibroblast cells using an automated robotics system (Figure 1), and combined live cell imaging with CAGE to observe how cells respond at both the cellular and the molecular level. Jay Shin, one of the corresponding authors of this study, emphasized that “it was critical to automate our efforts as much as possible to reduce biases in our experimental design, and to quickly identify and correct any that remained.” Based on the analysis, over 25 percent of long non-coding RNAs were found to affect cell growth and morphology, as well as cell migration, which is important in cancer. Surprisingly, targeting different isoforms (variants) of the same long non-coding RNA led to profoundly different cellular and molecular phenotypes, giving rise to the enticing conjecture that each long non-coding RNA isoform produced by a cell might have its own specific regulatory function.

According to Jordan Ramilowski, one of the first authors of the study, “Deep CAGE profiling of the molecular state of the cells after suppression of each long non-coding RNA allowed us to perform a functional analysis of long non-coding RNAs at an unprecedented level, and provides a valuable resource for a detailed investigating and understanding of the RNA biology and its potential application to enhancing human health.”

Piero Carninci commented that “although this is still a pilot project, the results show involvement of lncRNAs in a broad variety of cellular processes and functions, which makes the case for extension of these studies to a broader number of cells and lncRNAs. We are excited to see that these RNAs, often considered ‘junk’ when discovered some 15 years ago, are often proven to be functional. We also believe that that the nomenclature should shift from ‘non-coding’ to terminology that better reflects their role, such as ‘regulatory RNAs’ or ‘structural RNAs’.” 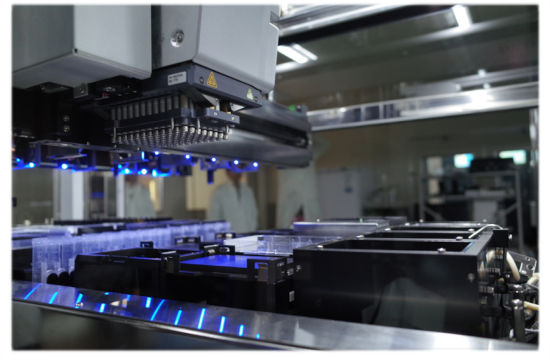