Figure 1: Combining an optical cavity (two mirrors) and an optomechanical system (spring on the right) could enable virtual photons (yellow particle) to be detected. © 2017 RIKEN Center for Emergent Matter Science 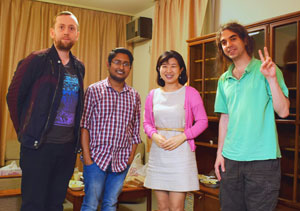