By exploiting imperfections in electronic devices, scientists are using existing manufacturing techniques to make the building blocks of quantum computers 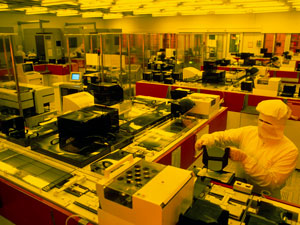 Figure 1: In the future, quantum computers could be manufactured using the same technology that it is used to make conventional silicon-based transistors. © ROSENFELD IMAGES LTD/SCIENCE PHOTO LIBRARY

In their quest to build a quantum computer, researchers from RIKEN are turning to well-established, silicon-based manufacturing techniques currently used in the electronics industry1.

Quantum bits, or ‘qubits’, are used to store quantum information and are the fundamental building blocks of quantum computers. Unlike conventional bits that classical computers use, qubits can simultaneously be both one and zero. Making a fully functional quantum computer will require connecting huge numbers of qubits—of the order of a 100 million or more.

Current manufacturing techniques employed to fabricate the silicon metal–oxide–semiconductor field-effect transistors (MOSFETs) that lie at the heart of modern computers could also be used to integrate qubits with current electronics, offering the potential for scaling up quantum devices and bringing quantum computing closer to becoming a reality.

Keiji Ono and colleagues from the RIKEN Center for Emergent Matter Science and the Toshiba Corporation in Japan, in collaboration with researchers from the United States, are investigating the properties of qubits produced by imperfections or defects in silicon MOSFETs. In particular, they are exploring their potential for developing quantum computing devices that are compatible with current manufacturing technologies.

“Companies like IBM and Google are developing quantum computers that use superconductors,” explains Ono. “In contrast, we are attempting to develop a quantum computer based on the silicon manufacturing techniques currently used to make computers and smart phones. The advantage of this approach is that it can leverage existing industrial knowledge and technology.”

After cooling a silicon MOSFET to 1.6 kelvin (−271.6 degrees Celsius), the researchers measured its electrical properties while applying a magnetic field and a microwave field. They found that when the silicon MOSFET was neither fully turned on nor off, a pair of defects in the silicon MOSFET formed two quantum dots in close vicinity to each other. This ‘double quantum dot’ generated qubits from the spin of electrons in the dots. It also produced quantum effects that can be used to control these qubits.

These observations are an important step toward controlling the quantum state of qubits in silicon MOSFETs and could pave the way for coupling qubits and making quantum devices using existing manufacturing techniques.

The researchers intend to raise the temperature at which the phenomena occur. “The work was carried out at temperatures an order of magnitude higher than previously reported,” says Ono. “So one important direction for our future research will be to achieve the same outcomes at even higher temperatures, of say 10 or 100 kelvin, or even at room temperature.”