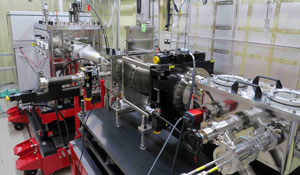 An x-ray technique developed at RIKEN has revealed new insights into the oxidation capabilities of catalysts used in car exhaust systems1. This improved understanding of catalyst behavior will help to develop higher performing, next-generation catalysts.

Multi-component catalysts oxidize toxic carbon monoxide in car exhaust fumes into non-toxic carbon dioxide. To understand more about this reaction, scientists measure the oxidation states of the solid catalysts. They typically use an analytical technique known as x-ray absorption fine structure spectroscopy, but its spatial resolution is not very high.

Now, Yukio Takahashi of the RIKEN SPring-8 Center and colleagues have used a newly developed technique called hard x-ray spectro-ptychography (Fig. 1) to observe the oxidation process at the nanoscale, achieving a level of detail never realized before.

“Hard x-ray spectro-ptychography enables us to image the valence states in a solid material with a high spatial resolution,” explains Takahashi. “This is the first time it has been used to image real samples.”

The technique involves scanning a very precise, laser-like x-ray beam across a solid sample. This scan is repeated at various x-ray energies, and the resulting diffraction patterns are collected using a highly sensitive two-dimensional detector. The data is then processed to obtain spatially resolved x-ray absorption spectra.

The researchers used the technique to examine particles of cerium zirconium oxide supported on a platinum substrate (Pt/Ce2Zr2O x, where x = 7–8). Cerium-based mixed oxides such as these are widely used as co-catalysts in car catalytic converters. The team was able to map the precise location and oxidation state of the cerium ions in this catalyst. 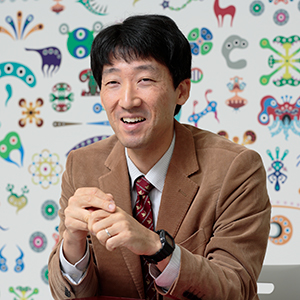 Yukio Takahashi and his co-workers have developed a high-resolution x-ray analytical technique for observing the oxidation states of catalysts in car exhaust systems. © 2018 RIKEN

“Oxygen diffusion is a key process in the oxygen storage and release property of Ce2Zr2Ox, but there has never been direct imaging of this process inside these solid particles,” explains Takahashi. “We applied this technique to visualize the spatial variation of the cerium oxidation state in the Ce2Zr2Ox particles.”

Statistical analysis revealed four distinct oxygenation processes occurred as oxygen diffused through this catalyst. “We discovered several oxygen diffusion modes in the particles for the first time,” says Takahashi. These multiple oxidation pathways are thought to originate from the multifaceted, diverse structure of this material.

To probe this process further, the team will combine hard x-ray spectro-ptychography with computed tomography. “This will elucidate more detailed intrinsic heterogeneous reaction behaviors of the material,” Takahashi explains.