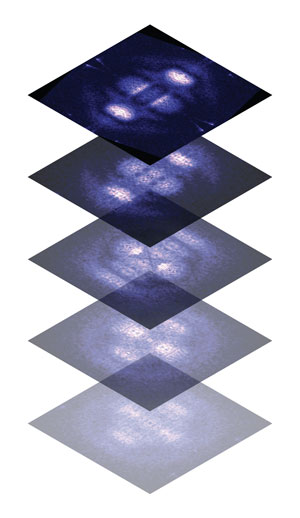 Figure 1: By mapping electron patterns in crystals of iron selenide containing increasing amounts of sulfur, RIKEN researchers have found evidence that electrons in the superconductor pair up in two different ways. From Ref. 1. © T. Hanaguri et al., some rights reserved; exclusive licensee American Association for the Advancement of Science. Distributed under a CC BY-NC 4.0 license

By mapping uneven patterns of electrons in iron-based superconductors, RIKEN researchers have found evidence that electrons can pair up in two different ways, depending on the crystal structure1. This finding could help scientists in their quest to design materials that superconduct at relatively mild temperatures.

Superconductors carry electrical current with no resistance and are used to create powerful electromagnets and sensitive magnetic detectors. However, most superconduct only at extremely low temperatures, limiting their practical application. So physicists are investigating high-temperature superconductors that operate well above −196 degrees Celsius, the temperature of liquid nitrogen.

Superconductivity occurs when electrons pair up, which slightly lowers their energy and creates an energy gap that stops them scattering as they flow through the material. In some copper- or iron-based superconductors, this pairing is closely related to a distortion in the material’s structure known as the nematic phase. As a result, certain electrons around the metal atoms can adopt different energy states, giving them a more uneven distribution than in the non-nematic phase.

Tetsuo Hanaguri of the RIKEN Center for Emergent Matter Science and colleagues have now probed the relationship between nematicity and superconductivity in a family of materials based on iron selenide.

Iron selenide enters its nematic phase below about −183 degrees Celsius. Swapping some of the material’s selenium atoms for sulfur ones weakens this nematicity, and once the ratio of sulfur atoms to selenium ones exceeds about one fifth (known as the nematic end point), the temperature at which the transition to the nematic phase occurs begins to fall. 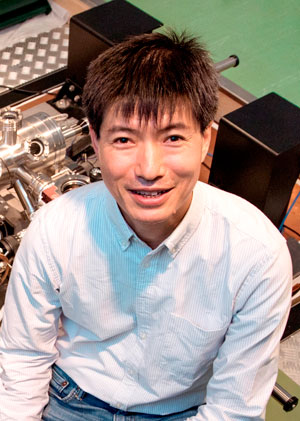 Tetsuo Hanaguri and his co-workers have found that superconductivity is linked to uneven patterns of electrons seen in the nematic phase of iron-based materials. © 2018 RIKEN

The researchers studied crystals of iron selenide sulfide with varying sulfur content using a technique called spectroscopic imaging scanning tunneling microscopy. This allowed them to measure the precise chemical compositions of the samples as well as key electronic properties of the material (Fig. 1).

“Our data clearly indicate that there is an intimate relationship between nematicity and superconductivity,” says Hanaguri. “This is an important constraint for the theory of iron-based superconductivity, because the correct theory must account for this characteristic behavior.”

The researchers now plan a more detailed investigation of the superconducting energy gaps in the nematic and non-nematic phases of iron selenide sulfides, and they aim to study other superconducting materials in the same way.

“This may lead to the design of as-yet-unknown exotic, and hopefully high-temperature, superconductors,” notes Hanaguri.