Looking at every cell (part 2)

One of the challenges of single-cell analysis is that three of its key modalities—imaging, metabolomics and transcriptome analysis—have evolved independently. As a result it’s difficult to compare results as they often differ in appearance and come from different cell sets.

Each modality of single-cell analysis technology has its own strengths and weaknesses. For example, single-cell transcriptome analysis lets us examine gene expression profiles in a comprehensive and unbiased manner. However, we need to isolate and kill the cell before analysis, which means we lose the spatial information and we can't do time-course analyses. Imaging, on the other hand, gives us spatial information and is less invasive, enabling live-cell analysis.

To join the analyses types up, the Single Cell Project has started to integrate technologies at RIKEN, and we have been working to establish a platform that enables multimodality single-cell analyses. By including all these elements, biologists hope to better understand the mechanisms of cellular function and dysfunction that show up in disease, among other things. 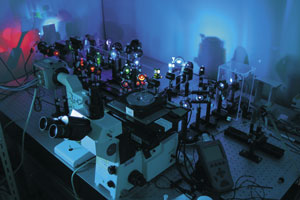 Currently, the strongest technologies in the Human Atlas Project are for single-cell RNA sequencing and genomics, but, as I've mentioned, these don’t capture spatial information in the same way as imaging.

One of the most powerful scientific imaging technologies today is single-molecule florescence imaging, which has been emerging since the 1990s. The RIKEN Quantitative Biology Center (QBiC) has a strong background in this area; in fact, Toshio Yanagida, the director of QBiC, was the first to image a single-molecule in real-time under a microscope using florescence. This important milestone in the development of super-resolution imaging allowed scientists to finally peer into the nano-world, and, indeed, develop next-generation DNA sequencing.

Today, international projects such as the 4D Nucleome Program, based in the USA, are advancing technology that will help bridge the gap between genomics and imaging technologies. The program hopes to understand: the principles behind the three-dimensional organization of the cell nucleus in space and time (the fourth dimension); the role nuclear organization plays in gene expression and cellular function; and, how changes in the nuclear organization affect normal development, as well as various diseases.

One of the 4D program’s core members, biophysicist Xiaowei Zhuang from Harvard University in Massachusetts in the USA, also works on the Human Cell Atlas. In 2016, she helped advance the field hugely when she pioneered MERFISH1, an imaging method capable of simultaneously measuring the number and spatial distribution of hundreds to thousands of RNAs in individual cells. This method is based on single-molecule fluorescence imaging, which lets scientists look at single RNA molecules in cells. Zhuang’s lab is now working on the super-resolution imaging of chromatin—a DNA, protein and RNA structure that is fundamental to many of the workings of a cell—with regards to nuclear genomes and single-molecule detection of RNA transcripts.

Part of my personal contribution to the field has also touched on chromatin through working on the difficult job of imaging the transport within cells, especially within neurons. To examine the fine details of this process, the temporal resolution (the measurement precision with respect to time) of the imaging system needs to be high and proportional to the spatial resolution; otherwise the image will be blurred due to the rapid movement of the transport process. This has meant that I’ve had to develop my own super-resolution microscopes for live-cell imaging at high temporal resolutions2. Interestingly, the high temporal resolution of our microscope has also produced a high imaging throughput.

Many researchers at RIKEN now see potential applications for this technology in genomics and epigenomics, because the size of the single-gene locus of a nucleus matches the resolution of our super-resolution microscope. This has prompted us to start to visualize the dynamics of the genome in living cells with collaborators in this field, and we’ve recently published a paper on super-resolution imaging of chromatin structure and dynamics in the nucleus of living cells3,4.

The next step will be to work with informatics and artificial intelligence people to analyze the vast amounts of data that are being generated worldwide.

At RIKEN, we’re currently proposing a project to match image and genomics data in the next stage of the Single Cell Project, which will involve collaborating with researchers working on high-powered computing at the RIKEN Center for Advanced Intelligence Project. The hope is that with their help the shape and behavior of the cell can be analyzed and shown to reflect the health of the transcriptome or metabolism. We could then assess a cell image in a similar manner to the way we assess the state of the human body or mind by looking at a face.

This type of analysis has already been shown to be somewhat effective in breast cancer studies, in which pathological classifications using classical haematoxylin and eosin stains have been shown to be consistent with the molecular classification of transcriptome analysis. The dream is to one day estimate cellular states, metabolic states or transcriptome states just by observing cell shapes or behaviors.

To this end, I’m leading a cooperative project involving several laboratories at QBiC to develop a platform that will help us do this—I hope to extend this network throughout the Single Cell Project. 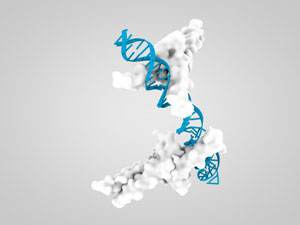 © 2018 Getty Images/Hao Jiang y
RIKEN’s Single Cell Project was born about five years ago during discussions between Piero Carninci, director of RIKEN’s Division of Genomic Technologies, and the late Tsutomu Masujima of RIKEN’s Quantitative Biology Center (QBiC). Yasushi Okada from QBiC’s Cell Dynamics Research Core Laboratory for Cell Polarity Regulation came on board with cell imaging expertise and succeeded Tsutomu as the deputy leader of the project. The project’s aim is to look at the characteristics of individual cells and develop advanced technologies in transcriptomics, genomics, proteomics, metabolomics, and cell visualization and its control. It currently has at least one or two pilot projects within each biology-related center at RIKEN. 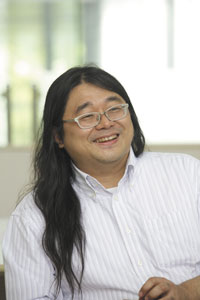