Looking at every cell (part 1)

Researchers lay the foundations for a cellular-level ‘Google Earth of the body' for people of Asian descent through a project called the Human Cell Atlas.

Ever-advancing technologies are helping researchers better probe individual cells. As single-cell research takes off, two leaders at RIKEN’s Single Cell Project explain why they are carefully synchronizing their technological specialities. This, they say, is helping lay the foundations for a cellular-level ‘Google Earth of the body’ for people of Asian descent through a project called the Human Cell Atlas. 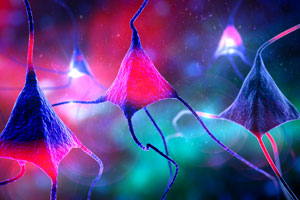 We don’t yet know how many cell types there are in the body—but advances in precise RNA and DNA sequencing technologies mean it’s time to find out. Understanding individual cells better will make it possible to drill deeper into human biology than ever before to identify different subpopulations of cells. Already this work has revealed the cells responsible for a growing number of biological functions. Some of this work is gaining insights into the dysfunctional cells that cause cancers and the immune cells that fight infections or cause inflammation, important insights that are potentially treatment altering.

The technology for single-cell genomic analysis is the most advanced in the field, and it will generate huge amounts of information. Fortunately, RIKEN has been a leader in large-scale genomic projects for some time.

Almost two decades ago the former RIKEN Genome Science Laboratory at the RIKEN Tsukuba Life Science Center started to put together a method to develop libraries of complementary DNAs (cDNAs)—this became the FANTOM project in 20001. In 2013, RIKEN’s Center for Life Science Technologies absorbed the project. Since it was initiated, the FANTOM database has grown to become one of the most comprehensive catalogues of mammalian genes in the world.

In 2003, my group also published a method called Cap Analysis of Gene Expression (CAGE). This would aid FANTOM in detecting the exact location of transcription start sites and promoter activity on the genome at a single base-pair resolution2. In fact, the most recent iteration of FANTOM used CAGE to profile the gene expression of homogeneous primary cell populations, and it was able to identify promoters, enhancers, regulatory elements and the expression of non-protein coding RNAs3,4. Using this data, we’ve tried to infer what regulates the production of cell types and to identify other regulatory elements and long non-coding RNAs.

Adding to these types of data advances, for the last five years we have been using next-generation sequencers to analyze RNAs from individual cells and advanced pipelines to help us understand subpopulations of cells. But while rapidly developing tools for single-cell RNA sequencing are providing detailed single-cell data, scientists working in other biological fields have often been left with quite different techniques—such as advanced microscopy or spectrometry—for crucial spatial or development information. Currently, these produce statistics that are frequently based on many different cells measured together. We hope to soon help these fields to work more closely with transcriptomes, allowing them to adjust any biases that might crop up in this type of data. 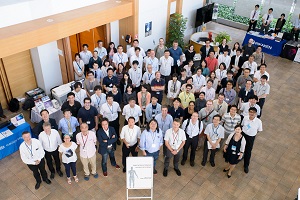 At RIKEN, the single-cell movement began roughly five years ago when I hatched the idea of widely seeding broad cross-disciplinary collaborations in the field with the late Tsutomu Masujima, a team leader at RIKEN’s Quantitative Biology Center (QBiC) and a pioneer in studying the metabolism of single cells.

In 2007, Masujima had developed an instrument to extract a small part of a live cell and analyze its metabolism using a metal-coated glass capillary (called a nanospray tip), mass spectrometry and video imaging5. He later suggested that we use the same cell and look at both its metabolites and RNA to develop a sort of ‘multi-single-cell-omics’ to really get ahead of the field—and so RIKEN’s Single Cell Project was born.

At the time, many people thought that delving deeply into this cross-disciplinary and evolving field was too complicated and ambitious, but globally researchers are now working to catch up with its vision.

The Human Cell Atlas began work in 2016. This huge international endeavor is being spearheaded by institutions such as the Broad Institute at MIT and Harvard in the USA, the Wellcome Trust in the UK, Karolinska Institutet in Sweden and our group at RIKEN, among others.

Researchers working on the Atlas are seeking to establish baseline data by mapping RNAs and imaging cells, ultimately in three dimensions. Later, perhaps, we will also map epigenomes.

All this information will be very useful for comparison with induced pluripotent stem cells intended for use in regenerative medicine. It could also help us to understand why we sometimes can’t get tissues to work with organoids (organs developed in a lab from stem cells) and could provide insights on how to make organoids more like real human organs. Furthermore, findings might be able to make pathology, which currently uses stained images, much more sophisticated.

The project has already started to connect data on individual human cell expression and spatial organization, largely on transcriptomes. Our team's job will be also coordinating the project across Asia, as well as having significant input into the coordination of the international movement. Sometime in 2018, we will start the pilot project, which will begin to collect cells and start a low-resolution atlas of some human organs. This phase could take up to five years to collect the full catalogue of standard cells. Of these, we will begin with cells, such as blood cells, that are easier to collect. Others like liver, kidney and brain cells are considered a priority for study. We will start by using a standardized, conservative transcriptome method called 10x Genomics, which is commercially available and can be easily distributed to many labs. Initial efforts will go into sample collection, allocation, understanding the sample transcriptomes, as well as developing all the protocols around quality control, permissions and ethics.

I think the project will likely be a bit like Google Earth—I imagine that in phase one, we’ll be able to look at some of the body’s ‘regions’ and outlines, but in phase two we’ll be able to zoom in on the detail of DNA, RNA, epigenomes, structure, shape and weight. Ultimately, this should help create an incredible set of baseline references for normal cells and tissues. 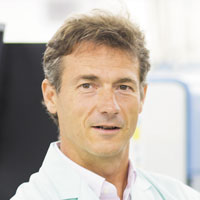