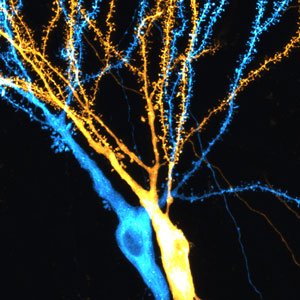 Figure 1: Dendrites of hippocampal neurons receive and process information from other neurons in the brain. © 2019 RIKEN Center for Brain Science

The regulation of synaptic strength in response to activity differs for pre- and postsynaptic sites in mice, RIKEN neuroscientists have found1. This finding provides evidence for a neural mechanism that compensates for presynaptic plasticity.

Neurons receive, integrate and transmit information as electrical or chemical signals. Importantly, neurons can alter the strength of their connections, or synapses, in response to the inputs they receive. This synaptic plasticity controls how effectively two neurons communicate with each other and is crucial for memory formation, consolidation and retrieval. However, little is known about how changes in individual synaptic strength are regulated within neurons and across networks.

Now, by combining electrophysiological recordings with live-cell imaging of pyramidal neurons in the hippocampus of mice, Yukiko Goda at the RIKEN Center for Brain Science, Japan, and Mathieu Letellier at the University of Bordeaux, France, have assessed the strengths of individual synapses and explored how they are modified by neural activity in relation to neighboring synapses.

These findings highlight a role for local interactions between postsynaptic compartments along the dendritic branch that could lead to the sharing of plasticity-related molecules and spine clustering or, alternatively, to competition for such molecules and an overall reduction in postsynaptic strengths. The resulting synaptic strength distribution in the dendrite will ultimately determine how each input is integrated in the postsynaptic neuron to produce an output signal.

The researchers also showed that presynaptic cell stimulation, which led to a normalization of presynaptic strengths, whereby synapses with a low initial neurotransmitter release probability showed a large increase in this parameter and vice versa, was accompanied by a decrease in postsynaptic strengths.

The team is now seeking to determine how activity-dependent synaptic strength regulation produces effective signal integration and processing. “We aim to understand the relevance of synaptic strength tuning to hippocampal memory circuits and make this knowledge available for the design of efficient artificial networks,” she adds.