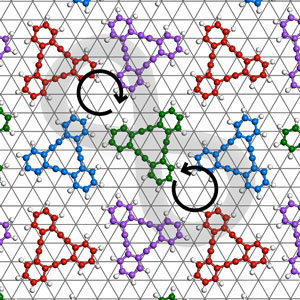 Figure 1: When molecules of dehydrobenzo[12]annulene completely cover a silver surface, they give rise to meso-isomerism in two-dimensional chirality, which has not been observed before. © 2019 WILEY-VCH Verlag GmbH & Co. KGaA, Weinheim

Chemists at RIKEN have observed how ‘achiral’ molecules (that is, molecules that are identical to their own mirror image) can arrange themselves on a surface to form different chiral structures depending on how densely they cover the surface1. This finding could be useful for applications such as catalysis and sensors.

Chirality is a critical concept in chemistry. A chiral molecule is one that cannot be superimposed on its mirror image. In the same way that your left hand will not fit into a right-handed glove, many molecules will not undergo reactions that their mirror images will. In particular, the formation of chiral structures on two-dimensional surfaces is important for many applications, including catalysis, optics and sensors.

Now, Yousoo Kim of the RIKEN Surface and Interface Science Laboratory, along with lab members Jaehoon Jung and Ju-Hyung Kim, has used a scanning tunneling microscope to investigate how a triangular, achiral molecule known as dehydrobenzo[12]annulene (DBA) forms different chiral structures on a silver substrate depending on how densely it covers the surface.

DBA is an equilateral triangle with a benzene ring at each apex, and it can form four stereoisomers when adsorbed on a silver surface in a manner known as pseudo-diastereomerism. The researchers found that these four stereoisomers are randomly distributed on the surface at low coverages. At slightly higher coverages, a quasi-three-fold phase forms. Increasing the coverage further, the researchers observed a six-fold phase that had a honeycomb-like arrangement. Finally, when the coverage was so high that the DBA molecules formed a monolayer on the surface, an elongated-square phase formed that had drastically different chiral characteristics (Fig. 1).

These findings demonstrated that it is possible to create two-dimensional chiral structures through interactions between suitably designed achiral hydrocarbon molecules adsorbed on a surface. They also revealed a new phenomenon in which a figure-of-eight molecular arrangement was observed due to a mismatch in the symmetries of the molecular array and the substrate. “We have discovered a novel chiral concept, namely meso-isomerism in two-dimensional chirality, which has not been reported previously,” says Kim.

In the future, the team intends to make more robust assemblies of molecules by introducing covalent bonds between them, which are considerably stronger than the van der Waal forces operating between the DBA molecules in the present study.

“Our study has revealed how adsorbed molecules assemble to form two-dimensional structures with various chiralities on a solid surface through relatively weak intermolecular interactions,” says Kim. “We anticipate that the knowledge we have gained about the evolution of surface chirality will be helpful for designing and fabricating molecular networks held together by covalent bonds.”