Model helps explain how our sense of agency arises

Simulations model the sensation that we cause things to happen 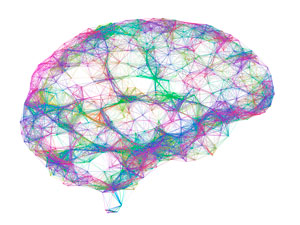 Figure 1: Two RIKEN neuroscientists have developed a model that helps to explain the sense people have that their actions cause events. © ALFRED PASIEKA/SCIENCE PHOTO LIBRARY

Two RIKEN neuroscientists have developed a model that helps to explain the sense people have that their actions cause events1. They have also proposed experiments for testing the model.

Our sense of agency is the feeling we have that we are responsible for our intended outcomes. As yet, scientists cannot explain how it arises in the brain.

“Understanding our sense of agency is fundamental to knowing ourselves,” notes Taro Toyoizumi of the RIKEN Center for Brain Science (CBS), who devised the model together with CBS colleague Roberto Legaspi. It underpins the legal system, where people are held accountable for their deeds. It is also thought that people with schizophrenia and related disorders may wrongly think that their actions are caused by an external agent.

In a classic test of agency carried out in 2002, subjects pressed a button and would hear a sound. The subjects reported their estimates for the timings of their action and the sound. The results revealed that a person who believed that their action caused the sound would underestimate the delay between the two events, whereas someone who did not think they caused the outcome tended to overestimate the time delay. But there was no model to explain these perceptions.

Toyoizumi had previously worked on a model to explain the ventriloquism effect, in which a person is likely to mistakenly think that two spatially close events—a sound and a flash of light, for instance—originated from the same place, underestimating their true separation. 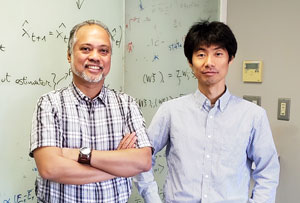 Roberto Legaspi (left) and Taro Toyoizumi (right) have developed a Bayesian model that describes how our sense of agency arises. © 2019 RIKEN

Legaspi and Toyoizumi adapted this model to describe the mistaken time-interval estimates seen in agency experiments. They performed computer simulations based on their model to investigate how people’s perception of the time delay between action and outcome is related to their belief about whether they or something else caused the outcome. Their simulations matched the results of the classic experiment.

The model suggests that the person’s perception that the outcome happened when they feel it should have occurred, underlies their sense of agency. “If our model is correct, human intention is not strictly needed to feel a sense of agency,” explains Legaspi. “Reliable sensory inputs arriving at the predicted timing may be sufficient.”

The two researchers say that their model can be tested with a fairly simple virtual-reality set up, in which the timings between action and outcome can be precisely controlled. If their predictions are correct, then follow-up brain-imaging tests could be used to monitor what happens when people believe they have caused an action, compared to when they do not feel responsible.