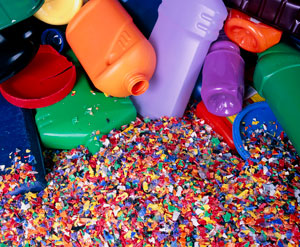 Figure 1: Conventional plastics such as these plastic chips from recycled water bottles are difficult to breakdown into their monomer building blocks. Now, RIKEN researchers have unraveled the complex depolymerization behavior of a material with the potential for sustainable plastic production. © PATRICE LATRON/EURELIOS/LOOK AT SCIENCES/SCIENCE PHOTO LIBRARY

A polymer that can be broken down into its molecular building blocks, which can then be recombined by either heating or cooling—but by different mechanisms in each case—has been developed by RIKEN chemists1. This could lead to intrinsically recyclable and sustainable plastics that depolymerize on demand.

Polymers are long-chain molecules formed by connecting long strings of small molecules called monomers. In conventional polymers, the monomers connect via covalent bonds. Because these bonds are so strong, it is extremely difficult to recover the monomer at the end of a plastic’s useful life.

Takuzo Aida at the RIKEN Center for Emergent Matter Science has been developing supramolecular polymers, in which the monomers connect via readily reversible noncovalent interactions.

“We initially just wanted to synthesize a thermally stable supramolecular polymer using a disk-shaped monomer having eight hydrogen-bonding amide units in its side chains,” Aida says. A team that included his former colleagues Venkat Rao and Daigo Miyajima developed a porphyrin-based monomer that formed a stable polymer in hydrocarbon solvents, but which readily depolymerized on adding an alcohol, which disrupted the hydrogen bonds holding the polymer together.

To investigate this unusual phenomenon, the RIKEN group teamed up with E. W. ‘Bert’ Meijer’s group at Eindhoven University of Technology, the Netherlands, where Mathijs Mabesoone had developed a computational method for analyzing supramolecular polymerization.

“Before the computational analysis, none of us had predicted that such an interesting decomplexation mechanism was operating,” Meijer says. “Such complex and competitive molecular processes are a key element of biology, but have only recently been recognized in supramolecular chemistry. Our polymer is thus a step toward closing the gap between synthetic and natural systems.”

The discovery could lead to the development of supramolecular polymers that are very stable in use, but highly dynamic when the material needs to be recycled.

It could also make industrial-scale solution processing of polymers less energy hungry. Polymer solutions are highly viscous and hard to process, but the supramolecular polymer is depolymerized at room temperature, and so should have a low viscosity.

“This may cause a paradigm shift in the polymer industry,” Aida says. “The next step is to tweak the polymer structure to control the non-polymerizable temperature range and to design very cheap monomers.”