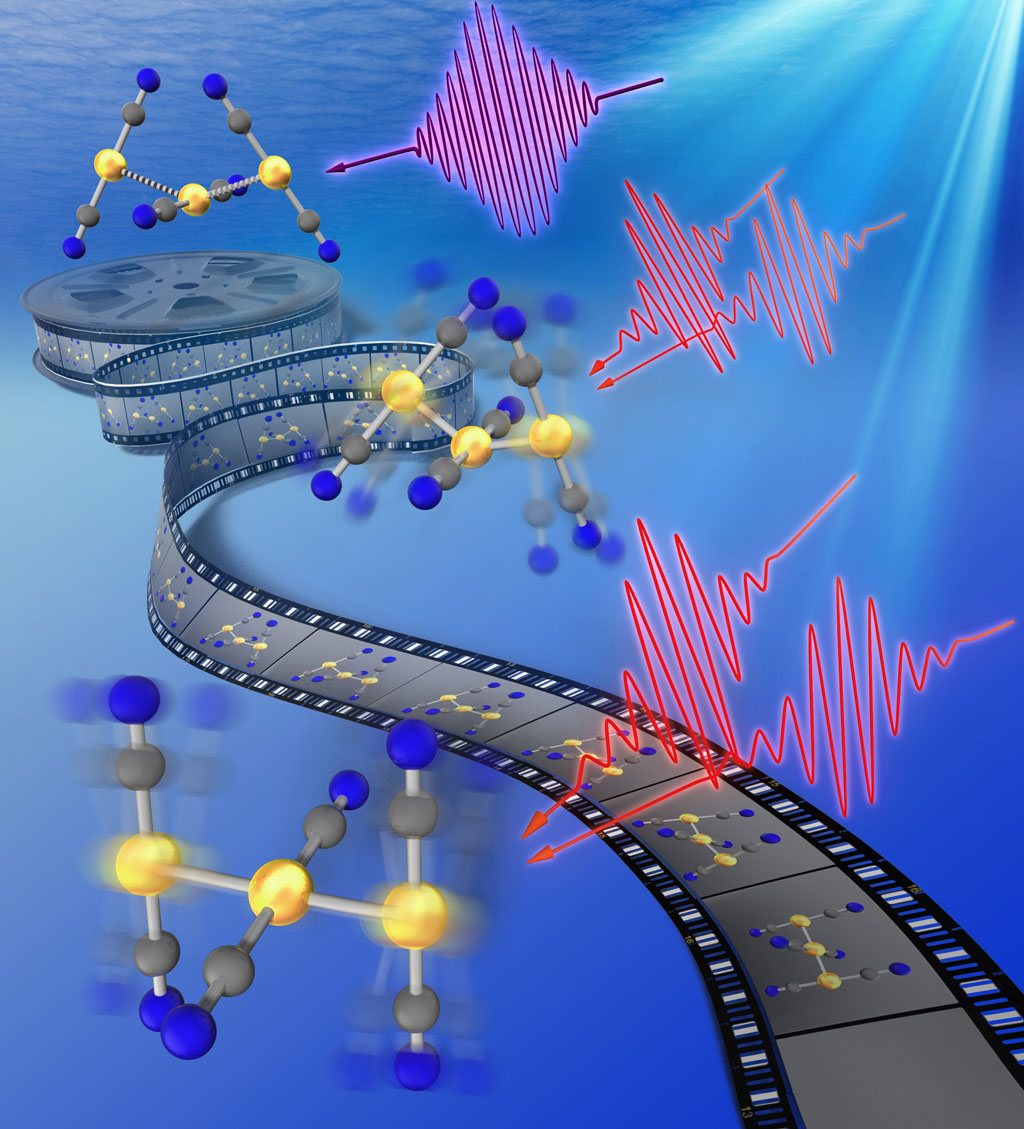 The bond created between two gold atoms in a molecule has been observed as it forms, thanks to a new technique developed by RIKEN chemists1. This measurement resolves a controversy over the mechanism by which the bonds form.

To monitor how bonds break, chemists excite molecules with high-intensity laser pulses, which cause certain bonds to split. This alters the molecule’s structure and affects the wavelengths of light it can absorb. Measuring the molecule’s light absorption as a function of time reveals the time scale over which the structural changes occur.

But it is much trickier to track bond formation because it is challenging to cause bonds to form on demand.

Now, Tahei Tahara of the Molecular Spectroscopy Laboratory in the RIKEN Cluster for Pioneering Research and his colleagues have found a molecule in which they could create bonds on cue by using ultraviolet light.

The molecule has a gold atom at its center, which is flanked by two cyano groups (–CN). When these molecules are in solution, they group together in threes to form a ‘trimer’. The gold atoms in the trimer are only loosely bonded, so the trimer has a bent structure.

The team has been studying the molecule for six years, and earlier published their proposal for the bond formation process. In that study, they argued that, after the light excites electrons in the molecule, the gold–gold bond contracts and then the molecule’s structure shifts from bent to straight. However, another group argued that order was reversed: the shape-shifting happens first.

To work out who was right, Tahara and his colleagues utilized their advanced spectroscopy technique that not only measures changes in light absorption, but also tracks how the molecule vibrates when it shifts shape. From this more detailed study, they concluded their proposal was correct. “It is important to use new methods if there is a controversy, rather than just fight,” Tahara observes.

Tahara plans to use the method to look closely at ultrafast processes in more-complicated systems including proteins. “Luckily we have a gigantic number of unsolved problems to investigate,” he says.