Synchrotron-generated x-rays can be used to probe what happens when liquids solidify into disordered solids, a process that has puzzled physicists for decades 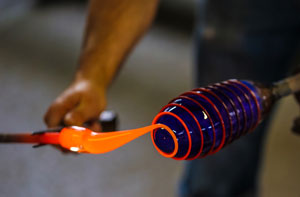 Figure 1: On cooling, glass changes from a liquid to a solid. Despite intensive research, many aspects of this transition remain unknown. A study by RIKEN researchers demonstrates the potential of x-ray photon correlation spectroscopy to provide new clues into glass transition.© John Lowe/EyeEm/Getty.

The potential of an x-ray spectroscopy technique to shed light on the mysterious phenomena that occur when a liquid nears a glass-like state has been demonstrated by four RIKEN physicists1.

On cooling, many liquids undergo a sharp switch at their freezing points, snapping into crystalline solids. The most famous example is water, with a freezing point of 0 degrees Celsius.

In contrast, many liquid polymers and other materials go through a more graceful transition known as the glass transition. The solids they form have structures closer to the random order of a liquid than the ordered structure of crystalline solids such as ice and metals. Glass is a classic example: it is a solid at room temperature but its molecules are arranged in a disordered manner. 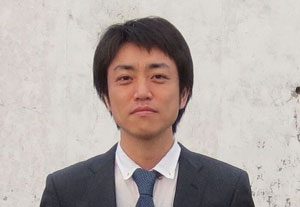 Taiki Hoshino and his co-workers have used x-ray photon correlation spectroscopy (XPCS) to measure dynamical heterogeneity in a polymer under shear conditions near its glass transition temperature.© 2020 RIKEN

During the measurements, the polymer was squeezed between a stationary cylindrical rod and a moving substrate. Liquid closer to the substrate moved faster than liquid near the rod, resulting in a velocity gradient across the liquid. The team found that the dynamical heterogeneity decreased as the velocity gradient was increased. This confirmed the predictions of a molecular dynamics simulation published more than 20 years ago.

The researchers used a technique called x-ray photon correlation spectroscopy (XPCS). Because the light waves that make up a laser beam all peak and trough in sync with each other, laser light scattered from an object generates a speckle pattern on a screen. XPCS uses the speckle pattern generated by x-rays to obtain information about a sample. “If the scatterers in the sample move, the scattering pattern changes,” explains Hoshino. “These fluctuations reveal information about the motion of the scatterers.”

Hoshino notes that XPCS hasn’t enjoyed as much popularity among soft-matter physicists as other techniques, but he hopes this study will convince others of its potential. “Our results show that XPCS is a powerful technique for studying glass transition,” he says.