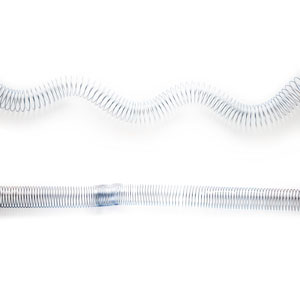 Figure 1: Most sound waves are longitudinal waves (bottom of image), but some are transverse (top of image) and cause the atoms or molecules of the material to oscillate perpendicular to their direction of travel. RIKEN researchers have succeeded in generating transverse sound waves in a thin flake of VTe2.© 2020 SCIENCE PHOTO LIBRARY

RIKEN physicists have initiated unusual sound waves in a flake using ultrashort pulses of laser light and then created videos of their movement using electron microscopy1. This advance should help engineers to achieve higher precision control of heat flow and sound in nanodevices using light.

In 1880, Alexander Graham Bell, of telephone fame, reported that light can be converted into sound waves in some materials. Now, 140 years later, this effect is generating a lot of interest because it can be used to control the flow of heat and sound in nanomaterials.

“By utilizing this effect we can manage heat and sound on a nanometer scale,” says Asuka Nakamura of the RIKEN Center for Emergent Matter Science. “This allows us to make novel functionality in very small devices.”

Most sound waves compress and expand the material along the direction they travel in—these are known as longitudinal waves. But some sound waves are transverse and cause the atoms or molecules of the material to oscillate perpendicular to their direction of travel (Fig. 1).

In previous experiments that used light to induce sound waves in nanomaterials, the light heated the material, causing it to expand in all directions and thereby creating longitudinal sound waves. Now, Nakamura and his co-workers have used a different mechanism to produce transverse sound waves in a thin flake of VTe2. 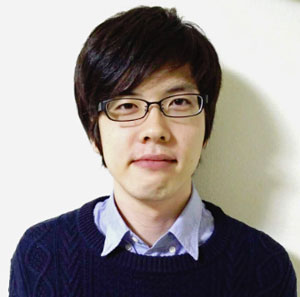 Asuka Nakamura and co-workers have created transverse photoacoustic waves in a thin flake of VTe2 and imaged them using ultrafast electron microscopy. © 2020 RIKEN

The researchers used ultrashort laser pulses to induce a structural instability, altering the crystal structure of the material and producing a transverse sound wave. They were able to detect this change in structure from electron diffraction measurements.

Transverse waves promise to give engineers greater versatility. “By utilizing this new mechanism, it may be possible to control the direction of atomic displacement in sound waves in the future,” says Nakamura.

The team imaged the waves in the flake using a special electron microscope—one of only two in Japan. This was no mean feat because the flake was just 75 nanometers thick and the time resolution was on the order of picoseconds (1 picosecond = 10−12 second). “This ultrafast electron microscopy was one of the most important aspects of our study,” says Nakamura. “It allowed us to take electron microscopy videos of the sound waves.”

The researchers are excited by the potential of their microscope. “It will allow us to evaluate quantitatively the amplitude of acoustic waves by electron diffraction,” says Nakamura. “Also, our system can visualize magnetic structures and waves.”