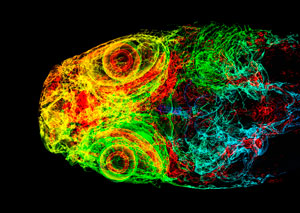 Figure 1: Colored 3D reconstructed micro-computed tomography scan of the head of a zebrafish. RIKEN researchers have shown that hunger activates a neural pathway in the habenula that makes a fish less likely to give up in a conflict with another fish.© K H FUNG/SCIENCE PHOTO LIBRARY

Depriving a zebrafish of food for six days boosts its chances of winning a fight against a well-fed fish because starvation activates a certain pathway in its brain, neuroscientists at RIKEN have shown1. This finding could well have implications for other animals and humans since the neural pathway is conserved across species.

Social animals, including fish, cats and primates, often fight to establish the social hierarchy of a group and hence who gets first pick of limited resources such as food and mates. Neuroscientists are interested in uncovering how networks in the brain regulate such social behaviors. Zebrafish make good subjects for these studies because they display well-defined fighting behaviors.

If asked to bet on the outcome of a fight between a well-fed zebrafish and one that hadn’t eaten in six days, most people would probably put their money on the well-nourished fish. But a study by a RIKEN-led team has found that in 75% of fights, the hungry zebrafish emerges as the victor.

In an earlier study, the team had discovered that a zebrafish would tend to win fights when a specific pathway originating in a brain structure called the habenula was activated, whereas it would have a propensity to lose fights if another pathway in the same region was activated. 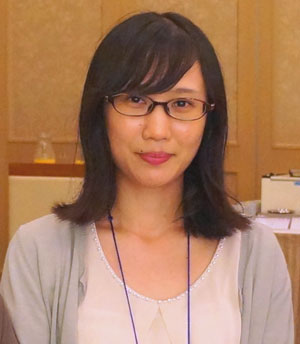 Haruna Nakajo and her colleagues have shown that hunger makes zebrafish more likely to win fights through potentiation of the habenular winner pathway for social conflict.© 2020 RIKEN

Now, Haruna Nakajo and Hitoshi Okamoto of the RIKEN Center for Brain Science, together with their co-workers, have shown that starving zebrafish activate the ‘winner pathway’ in the habenula, making them less likely to give up during a contest with another fish.

There is logic to this finding. “Hungry fish are more motivated to obtain food,” explains Nakajo. “And since winners of fights secure more resources such as food, it makes sense that starved fish try harder to win fights.”

Hunger may cause similar effects in people too. “The habenula–interpeduncular pathway is evolutionary conserved from fish to humans,” says Nakajo. “So we think that similar functions are conserved even in humans.”

One surprise was that hunger activated the winner pathway in the habenula via a neuropeptide called orexin. Orexin is well known for its role in regulating sleep and appetite, but it had not previously been implicated with social behaviors such as fighting. It was also the first time that orexin has been shown to regulate the expression of specific genes, Nakajo says.

The team is now intending to investigate the molecular mechanisms behind this hunger-activated pathway.