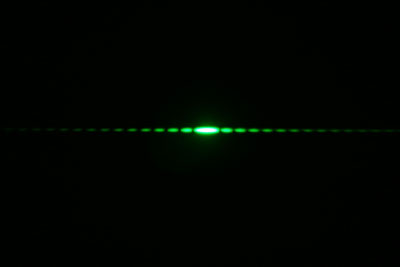 An unexpected mathematical connection between a special kind of mechanical motion and the behavior of light has been uncovered by three RIKEN physicists1. This strange link could help physicists to design future particle accelerators as well as investigate hot ionized gases known as plasmas.

Hitoshi Tanaka and his colleagues from the RIKEN SPring-8 Center made the discovery by accident. They were designing a next-generation synchrotron radiation source in which beams of electrons travel around a large circular circuit, emitting x-rays as they travel. Accelerating cavities periodically accelerate the beams to keep them at a constant energy.

The team wanted to find a way to safely and efficiently absorb the beam’s energy by spatially expanding beams. “We have a sharp, high-intensity beam that can melt a steel vacuum chamber,” Tanaka says.

The team mathematically modeled the electrons circulating in the synchrotron radiation source. A core part of the built model is equivalent to a forced harmonic oscillator, with a natural frequency of oscillation that varies slowly. A simple example of a forced harmonic oscillator is a child on a swing, being pushed by a parent at just the right moment to increase the swing’s amplitude. In Tanaka’s case, the electrode provides this driving force, causing the electrons to vibrate slightly while traveling around.

The team solved the equation to find the optimal frequency needed to increase the electrons’ oscillation amplitude for spreading electron beams. Surprisingly, the solution looked similar to one describing a totally different system—the way light waves interfere when a beam of light passes through a narrow slit. When a screen is placed far from the slit, a pattern of bright and dark stripes appears on the screen (Fig. 1). The bright parts correspond to regions where the peaks of the light waves combine constructively, while the dark stripes are areas where the peaks of some waves combine with the troughs of others, cancelling each other out.

“At first we didn’t understand why we were seeing this, because our system is mechanical, not optical,” Tanaka says.

The team then calculated that any simple forced harmonic oscillator with a slowly varying frequency will also behave analogously to light. When the driving force is applied with the right frequency, the system resonates and the amplitude of oscillation increases—just like when two light waves constructively interfere.

“Harmonic oscillators are important in many types of physics, such as plasma physics and accelerator physics,” says Tanaka, who hopes that the results will be useful in these fields and others.