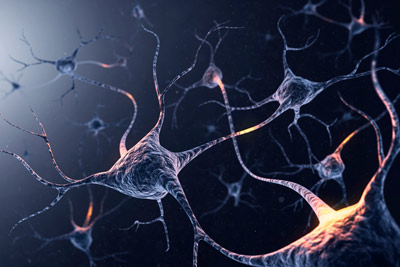 Figure 1: RIKEN researchers have found that the gene that codes for a key regulator of the formation of synapses between neurons in the brain is mutated in people with schizophrenia. © Viaframe/Getty

New therapies that improve connectivity and circuitry in the brain of people with schizophrenia could result from the discovery by a RIKEN-led team of a potential new target for drugs to treat the psychiatric disorder1.

Treatment for schizophrenia has not changed much in 60 years. Doctors still generally prescribe medicines designed to tame psychosis by blocking neurotransmitter signaling in the brain. While the drugs ease symptoms such as delusions and hallucinations, they leave many other aspects of the illness untreated and their side effects can be off-putting to many patients. Researchers are thus keen to find new targets for drugs.

In search of new molecular targets, a team led by Takeo Yoshikawa and Motoko Maekawa from the RIKEN Center for Brain Science focused on a metabolic pathway previously implicated in the development of schizophrenia. They used targeted sequencing techniques to probe six genes, each encoding a protein from the peroxisome-proliferator-activated receptor (PPAR) family or one of its signaling partners.

By conducting a genetic analysis of 1,200 people with schizophrenia, the researchers identified several harmful mutations in the gene encoding PPARα that were absent in a large sequence database of DNA from Japanese individuals in the general population. Experiments involving cells showed that these mutations reduced the expression levels of PPARα. And mice engineered to lack PPARα displayed behavioral and molecular deficits consistent with symptoms of schizophrenia. 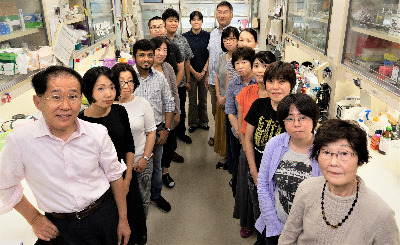 A team led by Takeo Yoshikawa (far left) and Motoko Maekawa (third from the back on the left) has discovered a new drug target that could help improve connectivity and circuitry in the brains of people with schizophrenia.© 2021 RIKEN

A gene-expression analysis of brain tissue taken from the mutant and normal mice revealed that PPARα is a key regulator of synapse formation in the brain. This adds to the protein’s known metabolic role throughout the body.

To boost synaptic function—a well-documented problem in people with schizophrenia—the team gave mice a drug called fenofibrate, which activates PPARα. Fenofibrate is already taken by millions of people every day to help control cholesterol and fat levels in the blood. The researchers showed that the drug helped alleviate brain and behavioral abnormalities in various mouse models of schizophrenia.

However, because fenofibrate does not readily cross the blood–brain barrier, the scientists had to administer very high doses of the drug. That approach would be risky in people, says Maekawa, since fenofibrate can sometimes seriously damage muscle tissue. To avoid that potential side effect, drug developers may have to refine the chemistry of fenofibrate or discover new agents that activate PPARα. “To test the therapeutic strategy in people, we need more drugs that penetrate the brain for clinical trials,” Maekawa says.