How the hippocampus orchestrates memory consolidation 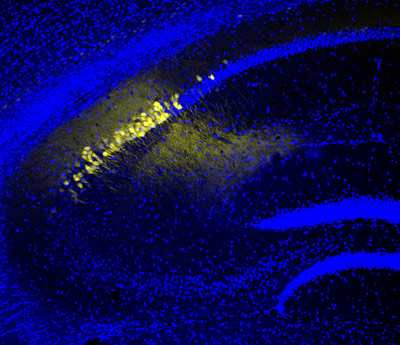 Figure 1: Neurons in the CA2 region of the hippocampus, fluorescently labeled here in yellow, help to coordinate the consolidation of long-term memory. © 2021 RIKEN Center for Brain Science

A brain region in mice that plays a key role in coordinating the playback process that consolidates memories during sleep has been identified by RIKEN neuroscientists1. This finding could have implications for neurological disorders in people such as schizophrenia.

Activities we do while awake produce short-term memories that are subsequently consolidated into long-term storage within a brain structure called the hippocampus. This process has been linked to distinctive brain wave patterns known as sharp-wave ripple activity in the CA1 region of the hippocampus, which trigger selective reactivation of neural circuits associated with recent experiences.

A team led by Thomas McHugh of the RIKEN Center for Brain Science has been interested in how another hippocampal region, CA2, contributes to sharp-wave ripple activity in CA1. CA2 is thought to be mainly involved in forming memories related to social interactions. “However, some data—including from our lab—suggests that CA2’s role extends to other domains of memory,” says McHugh.

Previously, McHugh’s team had found that inactivating CA2 in mice gave rise to highly irregular sharp-wave ripple patterns in CA1, which resembled epileptic rather than healthy brain activity. But this manipulation was too aggressive to meaningfully dissect the interplay between these regions. 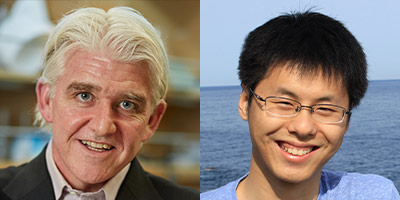 Thomas McHugh (left), Hongshen He (right) and co-workers have employed a strategy for the controlled inhibition of selected neuronal circuits to reveal how one brain structure coordinates the formation of long-term memories. © 2021 RIKEN

In their latest work, the researchers employed a subtler approach in which mice were genetically manipulated so that their CA2 neurons could be briefly silenced rather than broadly inactivated. They then examined how this transient inactivation of CA2 affected memory formation during rest after the mice had explored an experimental environment.

This manipulation radically altered the replay process in the hippocampus. “Normal memory formation occurs through the discrete, sequential reactivation of subsets of neurons linked with particular experiences,” explains McHugh. “But when we temporarily inhibited CA2, these different experiences were reactivated concurrently in time, which may lead to interference and problems in memory consolidation.” Notably, CA2 inactivation didn’t seem to greatly affect the formation of short-term memory during the active exploration period.

These findings strongly support the notion that CA2’s role goes well beyond social interaction, and it may extend to the broader orchestration of memory making in general. Since this region is also wired into numerous other brain regions, McHugh is keen to further explore CA2’s involvement in integrating neural information in both health and disease. “One intriguing link is to mental disorders such as schizophrenia where inappropriate links between memories can underlie symptoms such as disordered thinking or paranoia,” he notes.